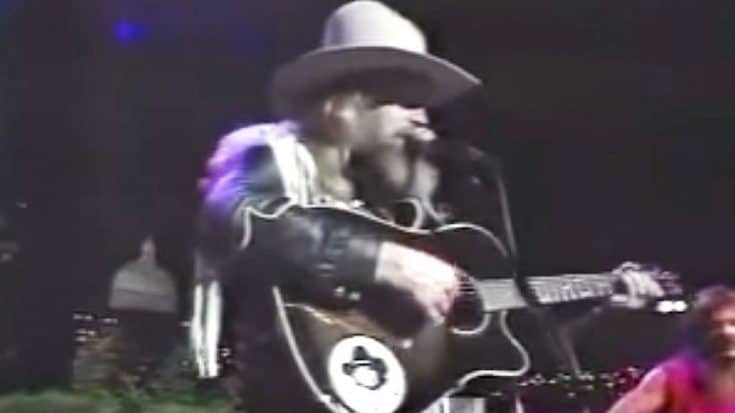 In 1975, outlaw country singer, David Allan Coe, made his first mark on the country charts with “You Never Even Called Me By My Name.”

After struggling to gain respect and trouble getting his music out there in the 1970s, Coe recorded “You Never Even Called Me By My Name” in 1975 to mock Nashville’s music industry. At the time, pop music was being introduced into country, and it definitely seems that Coe was not impressed!

The song was the third single of Coe’s career, and it became his first song to chart in the Top Ten, peaking at the eighth spot on the Billboard Country Singles chart.

Written by John Prine and Steve Goodman, the sarcastic song describes itself in the lyrics as “the perfect country and western song.” The song’s second verse also includes impressions of some of country’s biggest names at the time, such as Waylon Jennings, Charley Pride, and Merle Haggard.

After writing “You Never Even Called Me By My Name,” Coe told Goodman that it wouldn’t be a success because the song didn’t talk about trains, trucks, prison or drinking. Goodman made sure to include Coe’s thoughts, and mid-song Coe speaks the following:

By the final verse, Coe made sure to include all the “necessary” elements to make it a perfect country western song:

“Well, I was drunk the day my mom got out of prison. And I went to pick her up in the rain. But before I could get to the station in my pickup truck she got runned over by a damned old train.”

Coe has given many outstanding performances of the song, but only a short amount of footage has remained online from his earlier shows. Check out a rare clip of him singing below!