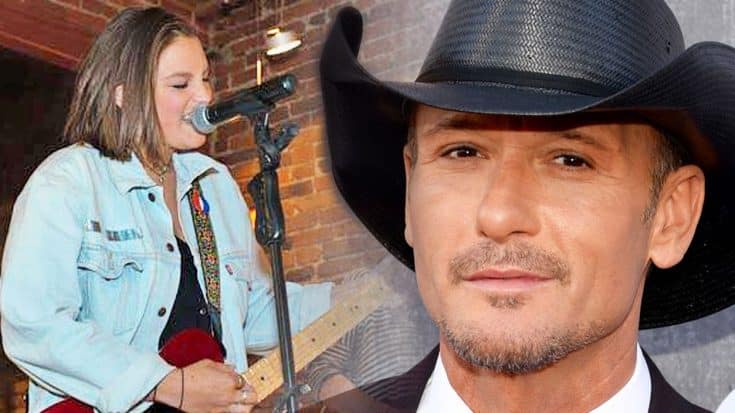 With two of country music’s biggest stars as her parents, it’s no wonder that Gracie McGraw is filled with musical talent. As Tim McGraw and Faith Hill‘s oldest daughter, one would expect Gracie to be drawn to country music.

On this day, 21 years ago, Tim and I learned for the first time what it meant to love someone so much that our hearts would explode. That precious baby girl has now grown into the most stunning young woman. She is joy, she is strength, she is true, she is loyal, she is sunshine, she is fierce, she is art, she is still our baby girl. The laughs I have shared with this child!!!!! So much fun!! Happy 21st Birthday to our daughter, Gracie??? We love you so much!!!

Although she did sing a duet with her father called “Here Tonight” on his album Damn Country Music, country isn’t Gracie’s preferred genre.

Rather, she used to spend her free time performing with her Nashville-based rock band named Tingo.

Gracie served as the lead singer and also played guitar for the group, which described their style on their now defunct Facebook page as “alt-rock, indie, singer/songwriter, electric. Its (sic) a bit of all the good stuff.”

She Has Some Serious Pipes

In June 2015, Tingo performed one of their songs, called “Tinted Red” at Ensworth High School in Nashville. Gracie started off singing softly as she growled through some of the notes, but even then her voice contained a wealth of power and soul.

Then suddenly, she surprised everyone when she started to sing at the top of her lungs, adding a whole new level of emotion to her voice.

Through this performance, Gracie more than proved herself as an artist in her own right, and the crowd’s reaction serves as evidence of that.

Whether she’s singing rock or country, we think Gracie has an incredible talent! Check out her performance of “Tinted Red” in the video below.