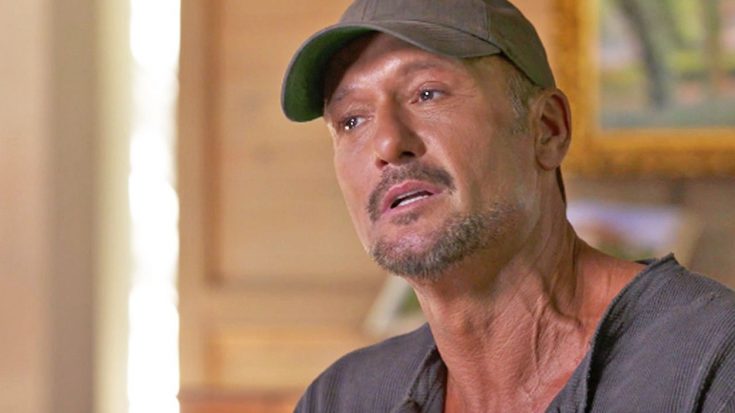 Between the two of them, Faith Hill and Tim McGraw have 37 Grammy nominations – Hill taking home the win five times and McGraw, three.

With two of no doubt the most successful careers in modern country music, it wouldn’t be unreasonable for the Nashville sweethearts to want to slow down. In an interview with CBS Sunday Morning, Hill and McGraw to discuss everything from their latest fight to if they plan on slowing down anytime soon.

“There are nights when you walk off the stage and you think, ‘I never wanna do that again,’ ” he said. “There are those nights. It happens, where you lay down and you think, ‘Why am I doin’ this? Why am I continuin’ to do this?’”

Hill – surprised by her husband’s emotional response to the question – placed her hand on McGraw’s shoulder to comfort him. The “Humble and Kind” singer took a moment to gather himself before explaining how his music career changed his life completely.

“I mean, music has — anything that’s ever happened good in my life has come from music. So it’s a treasure to me. Whether I want to do it continually, whether I want to stop doing it, any of those things, it’s my savior in a lot of ways.”

McGraw and Hill proved that they aren’t ready to slow down anytime soon. Soon after the interview, they released their duet album, The Rest of Our Life and went on an epic world tour. Watch the interview below.