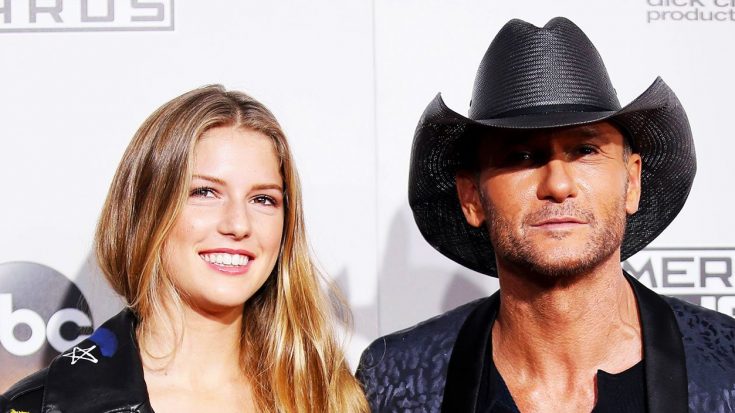 Stunning the crowd as he walked the red carpet with daughter Maggie in arm, country superstar Tim McGraw later revealed that she had actually had a talk with him about his behavior prior to arriving for the 2016 American Music Awards.

Maggie, 18, recently moved out to California for her first year in college and spent a few weeks on the road with mom, Faith Hill, as they trekked out to the West Coast from Nashville; documenting every great moment along the way.

Chatting with Entertainment Tonight as the father-daughter pair just left the venue, McGraw confessed that Maggie had imposed one rule for her country crooner father before they set out that evening.

My date for the night! #AMAs #Maggie

While her mother and two sisters were tied up with prior engagements back home in Tennessee, it seems that Maggie was just trying to keep her dad from embarrassing her during her night out on the red carpet.

McGraw kept his word to his baby girl and did not engage in any dancing while he was on stage accepting the Favorite Country Song award for his chart-topping single, “Humble and Kind” that has already seen a lot of press at awards shows this year.

Check out Tim’s full interview below and let us know if you think he’s a good dancer!