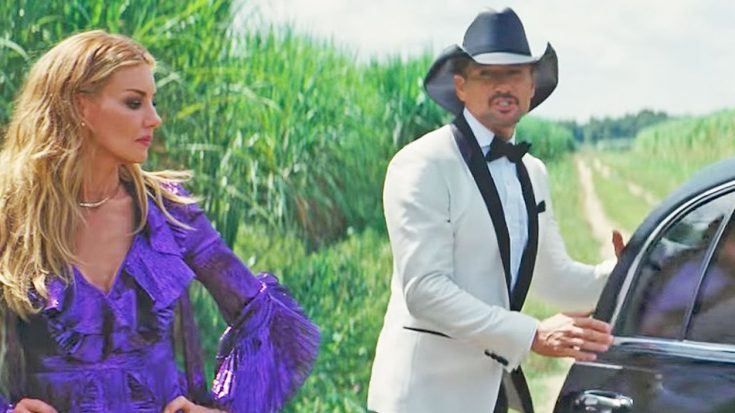 To celebrate their 25th wedding anniversary in 2017, Tim McGraw and Faith Hill debuted a song off of their collaborative album. Titled “The Rest of Our Life,” the song serves as the title track of that record.

Written by popular English singer-songwriter Ed Sheeran as well as Amy Wadge, Johnny McDaid and Steve Mac, the lyrics in “The Rest of Our Life” are about as romantic as they get. For example, Hill sings of how she has “been making plans for children” since she looked into her lover’s eyes.

While the lyrics to “The Rest of Our Lives” are full of romance and sugary-sweet sentiments, its accompanying music video is not. In fact, the majority of the video is full of emotions such as anger and sadness, with pure joy holding off its appearance until the end.

That’s when McGraw shows up, and it’s as if all of their troubles never existed. He shares a happy reunion with Hill, and the two leave the diner together with smiles on their faces.

While the music video is an emotional roller coaster filled with tension and less-than-pleasant moments, Hill feels that it still manages to illustrate what the song is all about.

Hill spoke about the video during an interview with AOL, saying “[Director Grant Singer] captured the essence of the song in a way that was a little juxtaposed from the actual lyric of the song.”

McGraw echoed his wife’s sentiments, saying, “His vision for it was so unique. To take the song and turn it into an argument was really a cool idea.”

Now you can see how that idea managed to unfold by watching the emotionally charged music video for “The Rest of Our Life” below.