By Manly Bryant on August 22, 2017
Advertisement 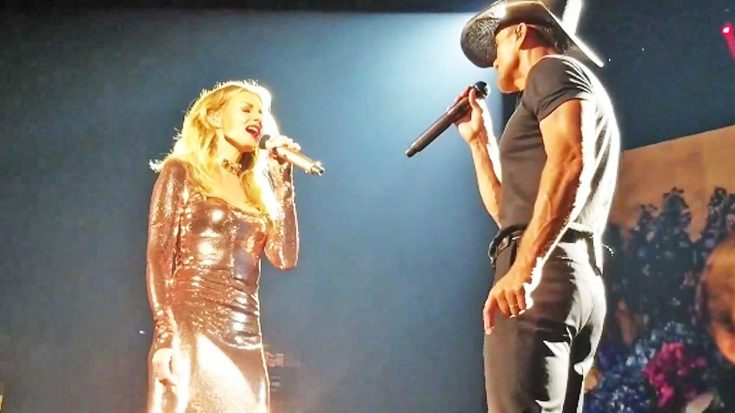 With over two decades of marriage and three daughters later, these country singers appear to be more in love than ever! In the final days of their 2017 Soul2Soul: The World Tour, Tim McGraw and Faith Hill continue to bring the heat to each and every one of their tour stops.

The Nashville sweethearts took turns sharing the spotlight, playing their respective hit country songs in front of the packed audience at Albany, New York’s premiere arena, Times Union Center. The country singers came together during their packed show for a performance of the anthem of their marriage, “It’s Your Love,” locking eyes throughout their entire performance.

The Soul2Soul World Tour will continue all the way through October of this year. McGraw and Hill released their premiere single, “Speak to a Girl,” off their first-ever duets album back in March. The country hit is a timely song that instructs men how to properly treat women in a society that has de-normalized politeness and Southern values.

You can see their steamy duet of “It’s Your Love” below!