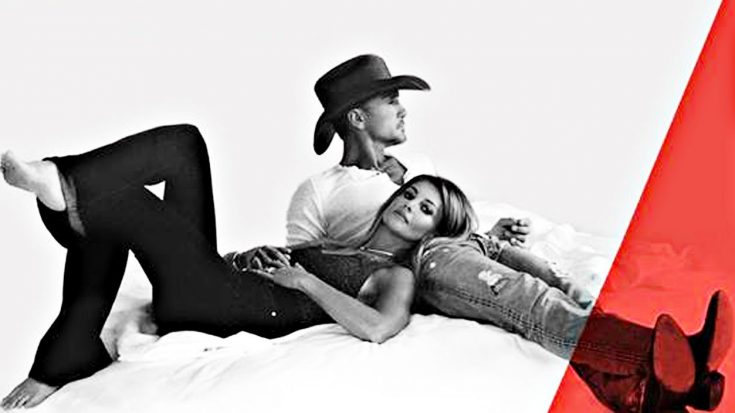 Debuting as the second single and title track to their full-length duets album, this heart-melting tribute to everlasting love is exactly what fans of this country power couple have been yearning for!

On their 21st wedding anniversary, Tim McGraw and Faith Hill shared with the world one of the highly-anticipated songs they’ve been working on for their first-ever duets album.

Titled “The Rest of Our Life,” the heartfelt and tender song serves as the second release from the album and title track. Penned by Ed Sheeran and sent to McGraw and Hill as a demo, the country couple says that choosing to do the song was a “no-brainer.”

Both McGraw and Hill sound incredible on the new track and it brings to light the immense power their voices have when combined into a truly emotional duet.

The soaring chorus is an enchanting look at how small things in life really are just that – small things.

Featuring their first duet single, “Speak To A Girl” this new album collaboration from McGraw and Hill is turning out to be quite the record and fans are already able to pre-order it!

The Rest of Our Life will be available on November 17th and features 11 total duet tracks. That same day, their Showtime concert documentary will air.

Listen to Tim McGraw and Faith Hill’s newest duet below and let us know what you think in the comments.