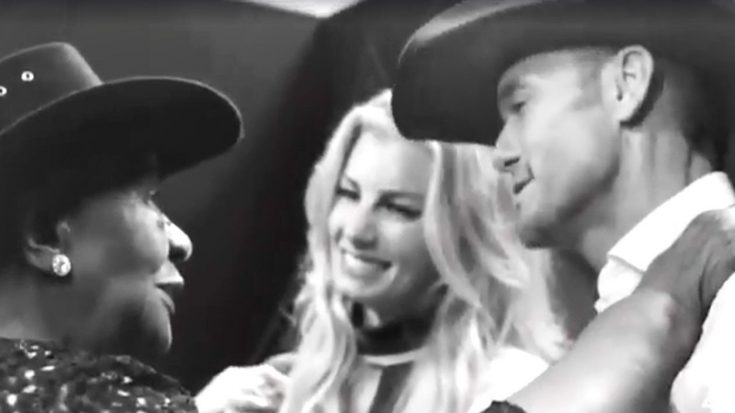 After this country music power couple heard about Mary Small’s heartbreaking plight, they went above and beyond to help one of America’s oldest country fans out in every way possible.

Mary Small, a lifelong country fan who lists country music legends like Jimmy Dickens and George Jones among her very favorite to listen to, was about to turn 95 had not planned on going to see Tim McGraw and Faith Hill on their 2017 Soul2Soul tour – but her loving granddaughter had plans to surprise her!

After discovering that the only remaining tickets for the April 20th show in Charleston, South Carolina were outside of her price range, her granddaughter Tia Pettygrue, turned to social media for help. It wasn’t too long before McGraw and Hill’s team caught wind of the birthday surprise and jumped at the opportunity to make her birthday (April 21) one of the best.

McGraw and Hill organized for “Grandma Mary” (as nearly everyone calls her) and Pettygrue to not only attend the concert, but also got them a very special backstage meet-and-greet session – so that they all could celebrate her birthday together!

Handing her an adorable crown and tiny celebratory cupcake, McGraw, Hill, and Small took a moment to honor her upcoming 95th birthday and talk for a few minutes about country music.

Before leaving, Small gave McGraw just one sweet piece of advice,“You got someone good … don’t turn her loose. You got something good, keep it.”

This truly memorable and beautiful moment was captured on film my McGraw and Hill’s team – a piece of their tour history that none of them will ever forget!

Watch Mary Small’s surprise birthday celebration with Tim McGraw and Faith Hill in the video below!