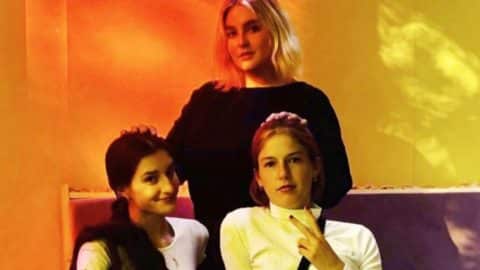 How Tim Looks After His Three Girls

McGraw sat down with Extra host Mario Lopez for an interview in April 2015 to discuss his Shotgun Rider Tour and his role in the film Tomorrowland.

Lopez, who has a daughter himself, asked McGraw what it was like to live with three teenage girls.

“There’s a lot of estrogen at my house, for sure,” McGraw said.

The Chaos Of So Much Girl Power

McGraw talks about how chaotic it was when his family was getting ready for a TIME Magazine event in New York.

He said that he was so freaked out by all of the dresses and makeup that his daughters had thrown around the room that he simply stayed out of the way and got ready when they were finished.

Tim McGraw And Faith Hill’s Daughters Are Beyond Beautiful, And We’ve Got 10+ Pics To Prove It
They're daughters have stayed relatively out of the limelight their entire lives, until now, the superstars have been slowly showing off their gorgeous girls. https://t.co/cpeJ1euqnN pic.twitter.com/5WVSeoF9pj

But don’t get him wrong, McGraw absolutely adores his daughters, Audrey, Maggie, and Gracie. And since they hold such a special place in his heart, McGraw has some strict rules for anyone who wants to take them out on a date. McGraw says his list of rules is:

1. They have to come to the house.

4. They have to come inside.

6. They have to talk to their mom.

7. No honking and running out.

McGraw isn’t afraid to intimidate his daughters’ potential suitors either. He tells Lopez that the first time a boy came to take one of his daughters on a date, he just happened to be cutting meat and was covered in blood.

“I had a big butcher knife when I answered the door,” said McGraw.”It wasn’t on purpose, but it worked out well.”

It’s obvious that McGraw is very protective of his daughters, a desirable quality for any “real good man” to have.