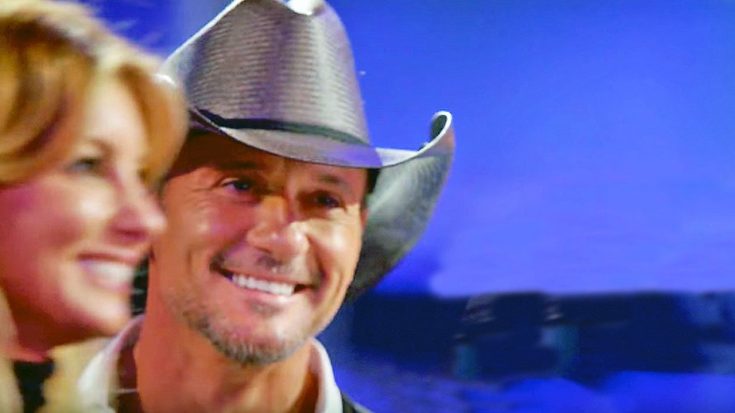 This season of The Voice is proving to be one of the show’s best. Not only are the contestants out of this world, the advisors are incredible and are all at the top of their game.

Before arriving at their Knockout Round rehearsal, the contestants had no idea who the advisors would be, and they were all shocked to see country superstar power couple Hill and McGraw waiting for them.

Team Blake contestant Austin Allsup looked awestruck when he first laid eyes on Faith Hill. He went in for a hug, andMcGraw seemed to think it lasted a little too long.

“Watch it, Sucker!” he told Allsup.

Shelton, Hill, and Allsup erupted in laughter, and so did we! We know McGraw has a good attitude about these things and was just trying to be funny. It totally worked! He broke the ice and Allsup seemed so much more relaxed after that.

Watch the hilarious interaction in this behind-the-scenes clip below!