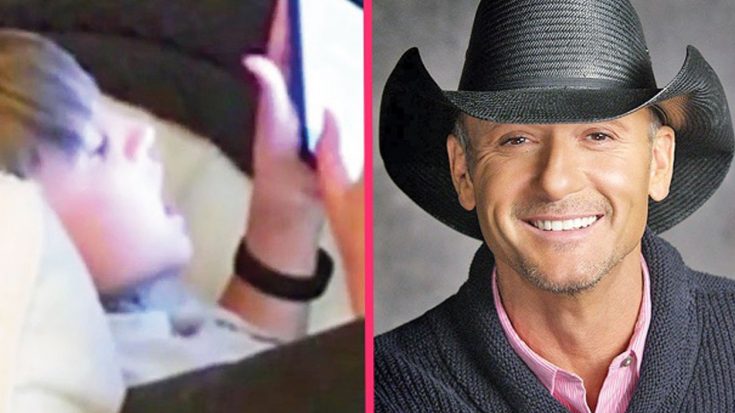 Fans felt an instant connection to the powerful message portrayed in “Speak to a Girl.” It’s a connection that McGraw and Hill felt as well, since they are parents to three daughters.

“[When] you are lucky enough to come across a song that says ‘Speak to a Girl,’ it kind of resonates with us pretty quickly,” Hill said during an interview.

McGraw and Hill have tried to keep their daughters out of the spotlight as much as possible. Now that they are growing up, two of their girls are showing signs that they may follow in their parents’ musical footsteps.

Their oldest daughter, Gracie, has her own band, and youngest daughter Audrey once wowed an entire crowd with her rendition of “Travelin’ Soldier.” Now, it looks like their nephew is ready to embark on a singing career as well.

McGraw’s sister happened to catch her unsuspecting son singing along to the chorus of “Speak to a Girl.” She caught a short video of his performance and sent it along to McGraw.

It’s clear that McGraw was amused by his nephew’s singing, because he shared the video on his Instagram. We have to appreciate the little guy’s enthusiasm! He sang that thing loud and proud.

Head down below to watch the adorable video of McGraw’s nephew. Looks like there may be another country star in the family!

my sister caught my nephew singing along #SpeakToAGirl