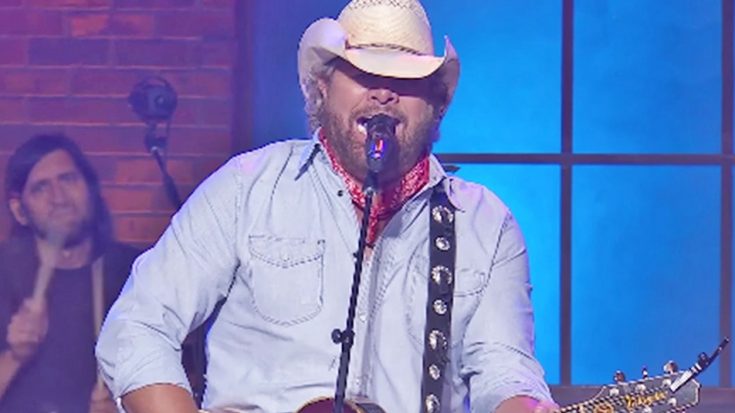 Jerry Lee Lewis is considered a pioneer for the rock and roll and rockabilly genres, but he also made a large impact on country music as well. So much so, that in August, some of country music’s biggest names came together to honor the man that was nicknamed “The Killer.”

Chris Stapleton, Kris Kristofferson, George Strait, Lee Ann Womack and Toby Keith were some of the night’s performers, each covering one of Lewis’ many hits including “Great Balls of Fire,” “What Made Milwaukee Famous” and “I’ll Follow Him.”

One standout performance was Keith’s cover of the 1981 hit “Thirty Nine and Holding.” Lewis normally performed the song sitting behind his piano, but Keith made it his own and played guitar, letting his keyboardist play Lewis’ normal piano part.

Lewis released “Thirty Nine and Holding” as a single off his album Killer Country and reached the number six spot on the country charts. It became his first Top Ten hit since 1977’s “Middle Age Crazy,” and it also was his last.

Keith took the song to a new level, adding some bluesy elements, giving the audience a “killer” performance honoring a true legend. Watch Keith cover “Thirty Nine and Holding” below.