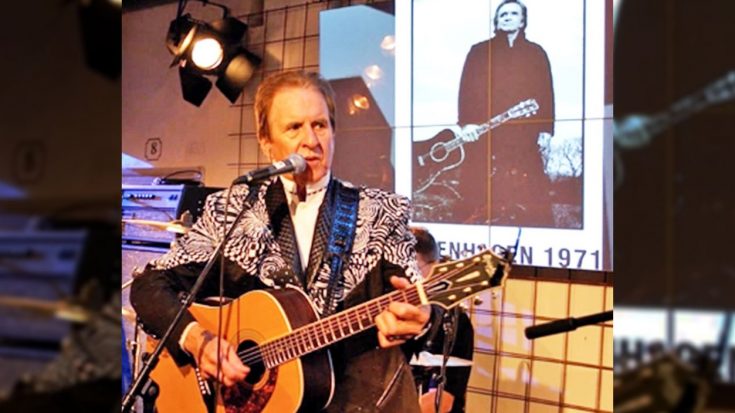 Being the youngest of seven children can’t be easy, especially when one of your older brothers is J.R. Cash. As most country fans know, J.R. changed his name to John R. Cash to join the military, later taking the stage name Johnny Cash when he signed with Sun Records.

Tommy Cash followed in his older brother’s footsteps and became a country music singer, releasing upwards to 25 albums, several paying homage to Johnny.  One of the last albums he released was 2008’s All I Care About: Shades of Black which included the poignant song “My Brother Johnny Cash.”

Sounding eerily similar to The Man In Black, Tommy told the story of Johnny’s life from his childhood, military service, legendary music career, and even some of his troubles.

One of our favorite lyrics of the song is when Tommy sings, “When J.R. joined the service, the world met Johnny Cash.”

Throughout the song, Tommy called his brother a man of honor, a man of words, a father, son, husband, and a legend. You can tell just how much Tommy cherished his older brother in this song.

Take a listen to “My Brother Johnny Cash” below.