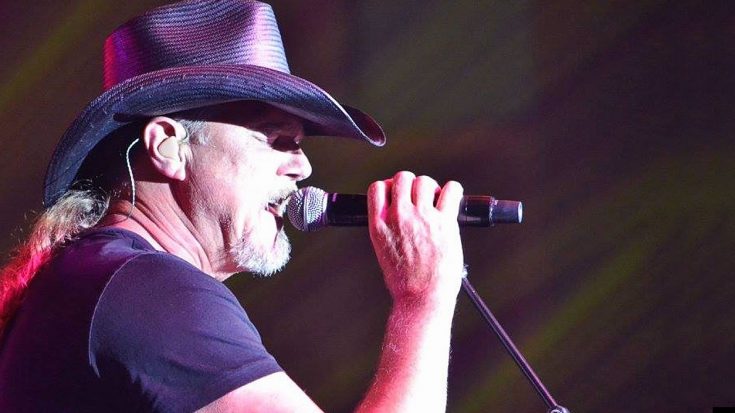 Trace Adkins‘ 2011 album Proud to Be Here was one of the country icon’s most personal records. The album contained powerful songs such as “Just Fishin'” and “Proud to Be Here,” which have since become some of Adkins’ signature songs.

But out of all of the songs on the album, there was only one that Adkins had a hand in writing. That’s what makes this particular song one of the most meaningful that he’s ever released.

Titled “Days Like This,” Adkins co-wrote the song with Casey Beathard and Kenny Beard. The song is sung from the perspective of a man who just got up to start his day. He can smell fresh coffee brewing as the sun shines down on him while he rocks on his front porch swing.

In complete awe, Adkins sings of how the beautiful day makes him feel like a brand new man. Since the day has him feeling so good, he offers a warm welcome to new beginnings and pushes aside all of the things that worried him in the past:

“So don’t bring me the paper, don’t turn on the news.
If it’ll fire me up, keep it away from my fuse.
If the world’s goin’ to hell, let it go, I’ll just blow it a kiss.
Don’t wanna think about things like that,
On days like this.”

On April 12, 2012, Adkins posted a video to his official YouTube channel of one of his live performances of the song. The video served as the second installment of his Songs & Stories series from his tour of the same name, and drew in tens of thousands of views.

The reason why so many people have tuned in to Adkins’ performance of “Days Like This” has to be his genuine delivery during the performance. Since he had a part in writing the song, each of the words held a deeper meaning to him. That was clear to see based on the amount of emotion he poured into his performance.

Tune in below to let Adkins put you at ease as he sings about the beauty that can be found in just a single day.

There are so many things in life worth celebrating, including some of the more outlandish moments. Adkins gives a nod to such moments in his latest single “Lit.”

Ever grow up watching your grandpa fish with dynamite? If so, then Adkins covers that hilarious moment and many others in “Lit.” Tune in below to watch the song’s official lyric video below. If you love the song, be sure to download it by clicking here!