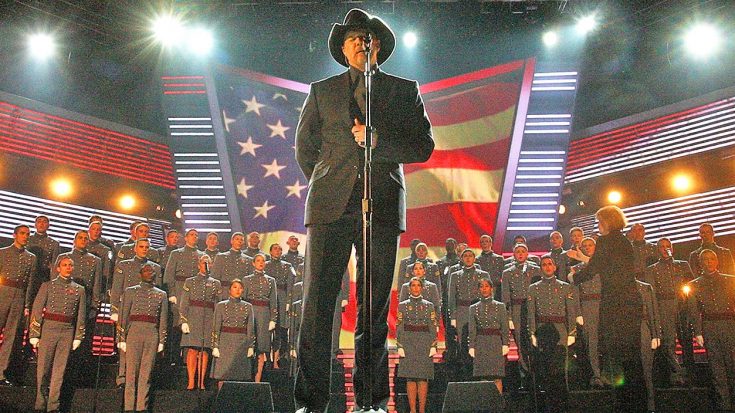 Trace Adkins is a known supporter of the military.

This Memorial Day let’s remember all military and fallen soldiers. ??

From performing tribute concerts, to personally going out and thanking our military, Adkins isn’t shy about his support for our troops.

He first took the stage to sing “‘Til The Last Shots Fired” at the 2009 Academy of Country Music Awards with the West Point Glee Club. Lt. Andrew Kinard introduced Adkins saying,

“I was helped enormously by an organization called The Wounded Warrior Project. Tonight, Trace and the West Point Glee Club are helping people like me through the performance you are about to see. As you listen to this song, please consider that it’s not about the war, it’s about the warrior.”

For Veterans Day in 2015, Adkins was joined, once again, by the West Point Glee Club for a special performance of “Til The Last Shot’s Fired” for the Vets Rock Concert in Uncasville, Connecticut.

Trace took the lead for the entire song, with the Glee Club singing a few ooh’s and aah’s here and there. The very last verse, the Glee Club commanded the stage with a few a cappella lyrics, which stunned the audience. The meaning behind this song is so powerful, you have to see it for yourself.

Watch the chilling performance below.