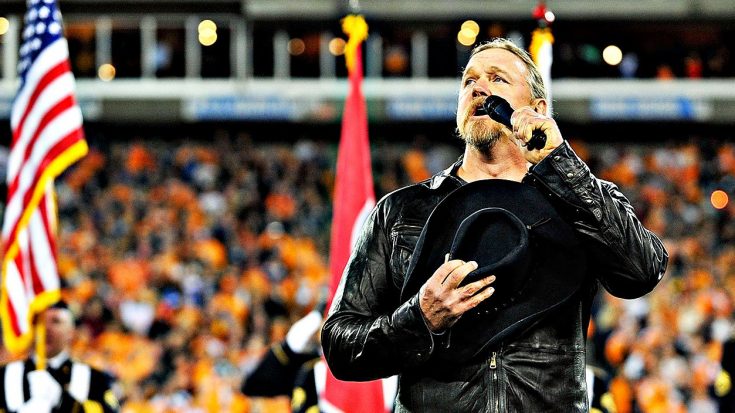 Standing center-field placed perfectly between a massive American flag and members of our armed forces’ color guard, this country music superstar dropped jaws when he delivered one of the best National Anthem performances you’ll ever hear.

Prior to kickoff for the 2014 NFL game between the Denver Broncos and the San Fransisco 49ers, Trace Adkins brought feelings of patriotism, respect, and honor to the field in his remarkable “Star Spangled Banner” performance.

As he moves through each verse with what sounds like effortless talent, Adkins and his world-renowned baritone voice hit notes that many singers could only dream to achieve – and at one of the deepest notes in the song you can hear the crowd ripple in shock at his truly impressive ability.

If you’ve ever dreamed of hearing a masterful and skilled baritone singer unleash a heart-stopping tribute to America, there is absolutely no better choice than Trace Adkins!

Watch this unforgettable performance from one of country music’s finest below!