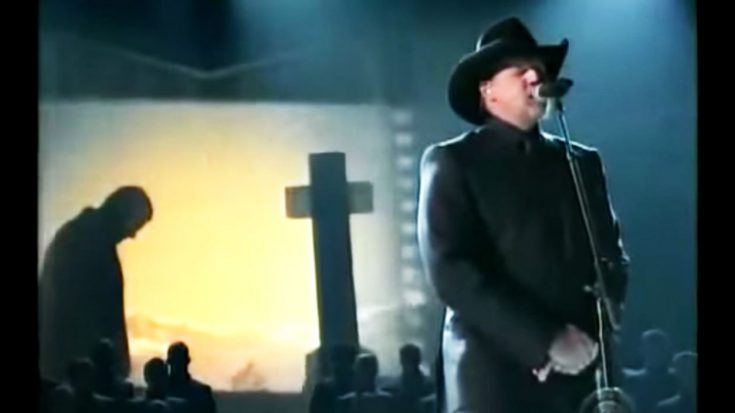 Trace Adkins is known worldwide for his massive contributions to the world of country music, his smooth and distinct baritone voice, and also for his endless dedication to honoring those who have served our wonderful country.

In this clip, Adkins performs one of his most powerful songs that pays tribute to our nation’s service men and women, “‘Til The Last Shot’s Fired” and helps to further the goals of The Wounded Warrior Project.

During the 2009 Academy of Country Music Awards show, Adkins teamed up with the West Point Glee Club and the ACM’s charity, Lifting Lives, to support The Wounded Warrior Project and help those service members that have been wounded in action.

As Adkins opens the song with his impressive vocals, images flash across a large screen in the background showing men and women giving their all in dedication to our blessed country.

Just moments later, the screen flashes with a dazzling image of the American flag and the West Point Glee Club emerges in formation to deliver a powerful and spine-tingling final verse.

Watch this truly unforgettable performance in honor of The Wounded Warrior Project below.