Trace Adkins Honors All Who’ve Served With His Single, “Still A Soldier” 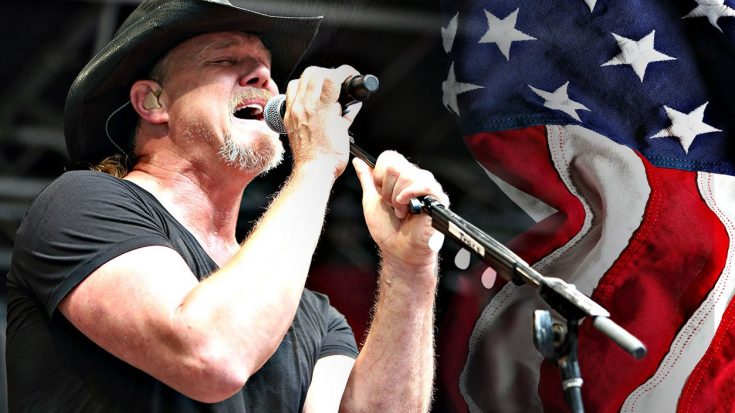 Acknowledging the incredible sacrifice given by each and every one of our nation’s service members, Trace Adkins has a longstanding relationship with the military and has shown his support every single chance he gets. One of his beloved 2017 singles is only a testament to that.

Launched as the fourth single from his hit album, Something’s Goin’ On, Adkins’ “Still a Soldier” is a mid-tempo song that uncovers the many facets of a veteran’s life that deep down, he’s “still a soldier.”

“We recorded this song well over a year ago, and my intent was always to release it as a tip of my hat to those who have served,” Adkins said in an email to stations. “For those who have crawled off the battlefield but still stand for the anthem … this is for you.”

As part of his devotion to supporting our nation’s heroes, Adkins performed this musical masterpiece live at the Capitol in celebration of Independence Day 2017 and it was met with roaring applause from the immense crowd.

A perfect choice for his single, “Still a Soldier” will surely be a hit with country fans everywhere and is a prime example of all that Adkins stands for.

Watch the full lyric video for his new release below!