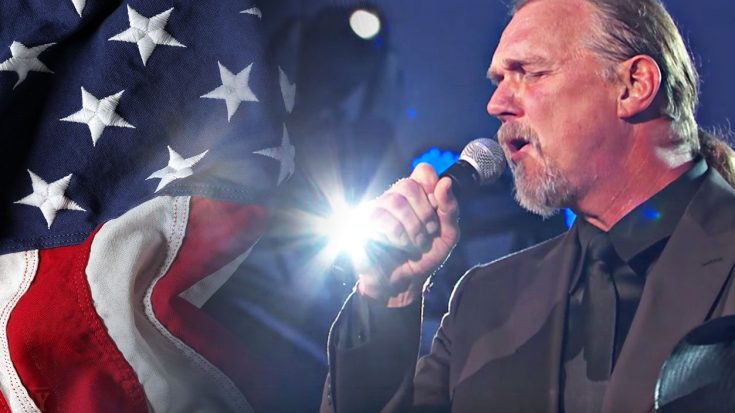 One of the most powerful and patriotic country songs to ever have been released, this unforgettable Trace Adkins hit is one that never fails to bring a crowd of people to tears.

Released as a single in 2005 from his album, Songs About Me, Adkins’ “Arlington” is a tribute to the men and women who gave everything they had for the country they loved and it will forever be a staple in Memorial Day ceremonies.

In this 2009 recording of Adkins performing at The Rodeo Exchange in Fort Worth, Texas, he pours every single bit of his heart and soul into each word – bringing a haunting emotion to the crowd that they will never forget.

He has performed “Arlington” countless times throughout his career, and every single time he sings as if it is the most important performance he’s ever given. Trace Adkins is true artist, and a master of his trade.

Watch this stripped-down, powerful and patriotic performance of “Arlington” in the video below.

If you like what you hear, be sure to check out the rest of Something’s Going On by downloading a copy of the album here.