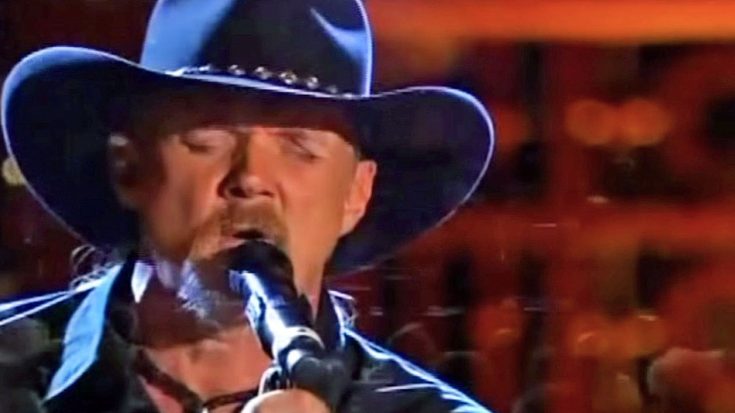 One of the greatest songwriters in all of country music history is none other than Kris Kristofferson. He’s penned some of the genres most iconic tunes, including one that became a chart-topping hit for Johnny Cash.

Called “Sunday Mornin’ Comin’ Down,’ the mournful song was first made a hit courtesy of Ray Stevens. He helped to popularize the song when he released his version in 1969, and Cash went on to take it to the top of the charts the following year.

It should come as no surprise that such a well-written song won the Song of the Year Award at the 1970 CMA Awards. In 2006, GAC honored “Sunday Mornin’ Comin’ Down’ and other great country classics by pairing up with Cracker Barrel for a special tribute concert.

Trace Adkins had the honor of covering “Sunday Mornin’ Comin’ Down,” and we couldn’t think of a better person for the job. Since so many people’s ears are used to hearing Cash’s deep voice sing the song, Adkins’ rich baritone sound was the perfect fit.

As people saw the year prior with his song, “Arlington,” Adkins is also an expert at channeling the right amount of emotion into his performances. He brought that same expertise to his cover of “Sunday Mornin’ Comin’ Down,” making the audience feel the narrator’s woe as if his sadness was their own.

Watch Adkins’ incredible cover performance in the clip below.