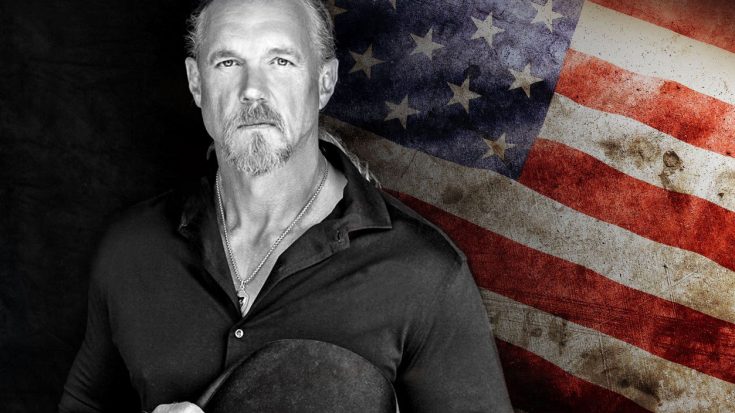 After experiencing life as a soldier for years, that identity becomes part of their person and the experience of things they learned and saw will forever sit with our veterans – nowhere is this more clear than in Trace Adkins‘ new song, “Still a Soldier”.

Starring on his impressive new album, Something’s Going On, Adkins powerful anthem to our nation’s veterans is a reminder of the incredible support he’s always shown for the service members that fight tirelessly for our freedom.

The song tells about the life of an American veteran and his deep-seated connection to life as a soldier, even though he’s currently living a civilian life.

Throughout the entire lyric video, powerful statements made in the song are only further impressed upon the viewer with flashes of helicopters and soldiers in combat scenarios.

“He’s still a soldier
His blood runs red, white and blue
He put away his gun and boots
But he still believes
The American Dream
‘Til his last breath he’ll always be
A soldier”

It’s clear throughout this truly heartfelt ballad that Trace Adkins is committed to honoring our veterans and military service members in any way possible and has even performed on more than 10 USO tours throughout his career.

In another video that goes behind the scenes of the song and what it means to him, Adkins opens up about how the track points out a major problem that many veterans face – PTSD.

Watch both the lyric video and Adkins’ behind-the-scenes interview below and if you haven’t gotten your copy of his top-selling new album, head on over here to get your copy of Something’s Going On, which includes “Still a Soldier”.