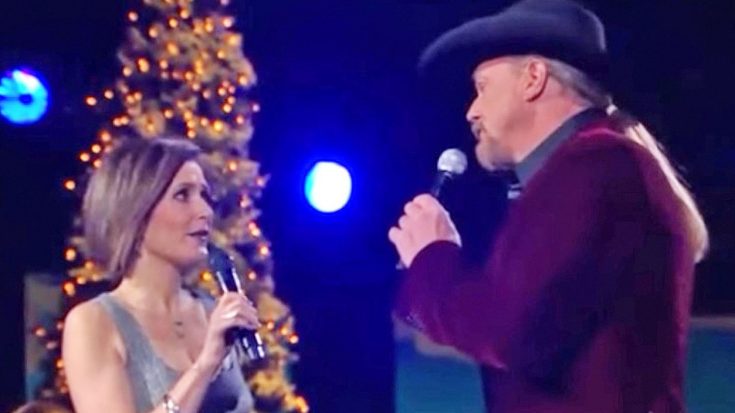 In 2013, Trace Adkins released one of the most unique country Christmas albums to ever grace store shelves. Called The King’s Gift, the album featured Adkins’ renditions of Christmas carols performed in a Celtic style.

One of the songs Adkins recorded was “I Saw Three Ships,” which originated in England and dates back for centuries.

To add a level of Celtic authenticity to his performance, Adkins invited a popular Scottish singer to join him in a duet on the song.

Alyth McCormick is well-respected in her home country of Scotland and around the world. She has appeared on a countless number of other artists’ recordings over the years, and has released albums of her own.

During the CMA Country Christmas special in 2013, McCormick joined Adkins for a once-in-a-lifetime performance of their “I Saw Three Ships” duet.

McCormick opened the performance on her own, singing a cappella before a piper and other musicians joined in. That’s when Adkins booming voice rang throughout the room, as a single spotlight made him visible to the crowd.

Adkins and McCormick continued to trade pieces of the song back and forth until they finally combined their voices together in a glorious sound.

You’re sure to get chills when you watch their captivating duet below.