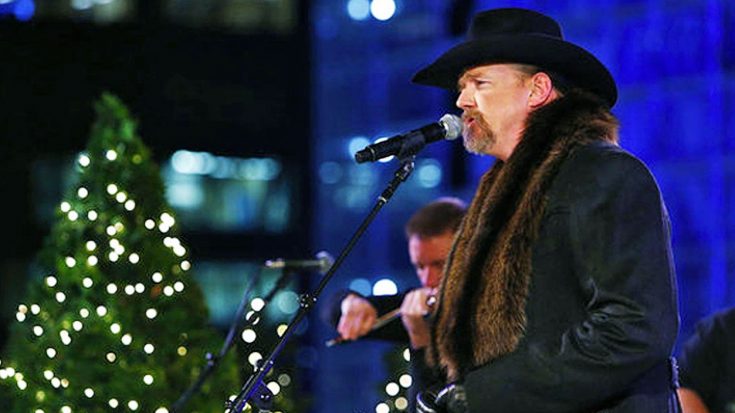 One of the best parts of the holiday season is all of the incredible Christmas music that is available to listen to. Christmas music has been a part of our culture for centuries, resulting in many renditions of some of the most popular songs.

It wouldn’t be Christmas without listening to “The Christmas Song,” which has been a holiday staple for decades. Originally recorded in 1946 by the Nat King Cole Trio, the song has since been recorded by dozens of artists.

Trace Adkins is one of many country songs to record the tune, which was included on Dillard’s Country Christmas album in 1999. His rendition found a spot on the Billboard country charts, where it peaked in the 64th position.

Once you hear Adkins’ version of the tune, it’s easy to see why it was so well-received. Adkins’ soothing, deep voice fits the song perfectly, since it has a story-like tone. As you listen to Adkins sing, it’s as if you’re listening to one of your friends or relatives tell you old tales of Christmases past.

When it comes to singing Christmas songs, it’s important to portray them sincerely. The topics that are often associated with Christmas (family, goodwill, joy, etc.) are ones that people hold dear to their hearts. So any time someone sings about Christmas, it has to come from their heart.

There’s no doubt that Adkins’ rendition of “The Christmas Song” comes from such a place. You can hear the sincerity in his voice, which is the main factor that makes his version so magical. Go ahead and hear for yourself in the clip below.

If you haven’t yet, you’ll want to check out the official lyric video for “Lit” below. And as a Christmas present to yourself, head over here to iTunes and buy the single! It’s the gift that will keep on giving!