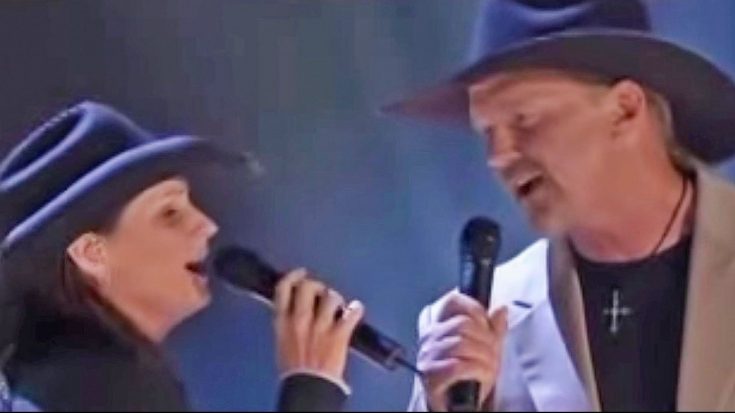 Conway Twitty and Loretta Lynn…when it comes to country music duos, these two can’t be beat. Together, Twitty and Lynn brought us some of country music’s greatest songs, including “Louisiana Woman, Mississippi Man” and “After the Fire is Gone.”

For four years in a row, Twitty and Lynn were named as the Vocal Duo of the Year at the CMA Awards. But perhaps the greatest honor of all is the fact that their duets have now been immortalized as part of country music history.

CMT validated this when it named “After the Fire is Gone” as the 10th greatest country duet of all time. Trace Adkins and Terri Clark performed the song during a special CMT hosted honoring all of the iconic duets.

Adkins and Clark put on a performance that Twitty and Lynn would be proud of. No one could ever match the intensity that those two put into their duets, but Adkins and Clark came as close as anyone could get.

Check out the video below to watch Adkins and Clark revive this brilliant country duet.