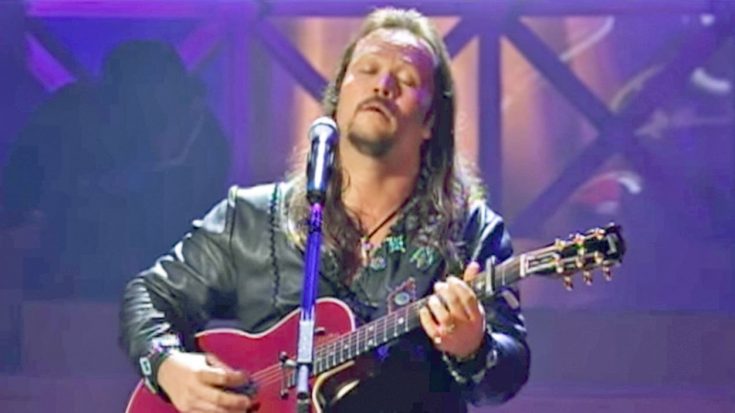 When Travis Tritt performed the well-known country song “Long Haired Country Boy,” it seemed very fitting seeing as it perfectly described his look. He is one of the few singers who can perfectly put a rock n’ roll spin on a true country song, and he did it again for this 2004 performance.

Singing “Long Haired Country Boy” for a packed house accompanied just by his guitar, Tritt treated his audience to a bad ass performance.

“Long Haired Country Boy” was originally written and released by the Charlie Daniels Band for their 1974 album Fire on the Mountain. It reached the Top 30 on the Billboard country charts when they re-released it in 1980.

Tritt kicked off the performance with a face-melting guitar solo, earning him cheers and applause from the impressed audience.