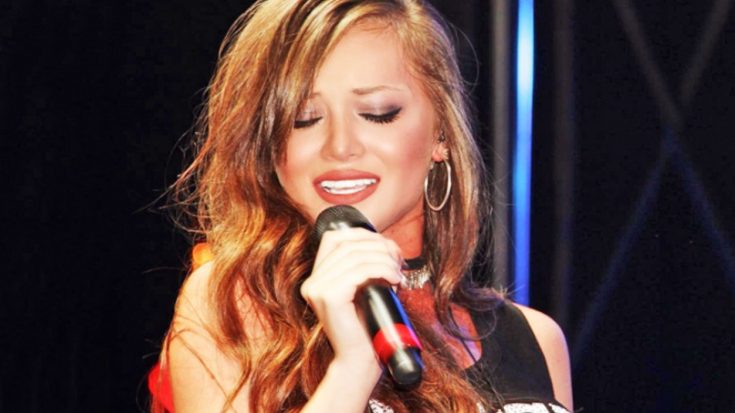 This apple definitely didn’t fall too far from the tree! The world was first introduced to Travis Tritt‘s beautiful daughter, Tyler Reese Tritt, following the release of their dazzling duet to the tune of Patty Smyth and Don Henley‘s “Sometimes Love Just Ain’t Enough” back in 2013.

Following the success of the father-daughter duo’s duet, fans of the country superstar began wondering if his daughter would go on to pursue a career in music of her own. Proving that her talent is one that can stand on its own, Tyler Reese recently embarked on her very own tour to introduce country fans to her gorgeous voice.

At her show in Myrtle Beach, South Carolina on Sept. 17, 2017, Tyler Reese delivered a pure country rendition of Maren Morris‘ groundbreaking megahit, “My Church.” Singing the song reminiscent to Morris’ original, Tyler Reese eloquently nailed every difficult note proving she can hang with even the best of Nashville’s elite.

Tyler Reese was the first child born to Travis and his wife Theresa, the couple welcoming their first son, Tristan James, into the world the year following in addition to their youngest child, Tarian Nathaniel, born in 2003.

“My Church” was written and recorded by Morris for her debut album, Hero. The song acted as the lead single for her album, the song’s massive success going on to win her a Grammy for “Best Country Solo Performance” and emblazon her name into the world of country music.

You can hear Tyler Reese’s cover of “My Church” below.