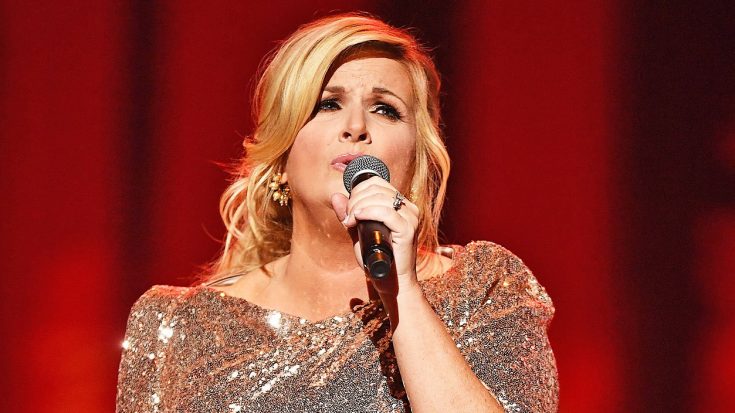 When you think of Christmas, one of the first things that comes to mind is Christmas music. It seems that almost every major music star has recorded a Christmas album, and such is certainly the case in country music.

One artist that often finds herself associated with the Christmas season is Trisha Yearwood. Her first Christmas album, The Sweetest Gift, was released in 1994 and has been beloved part of country fans’ Christmases ever since.

In 2016, Yearwood teamed up with her husband Garth Brooks for their first-ever duets album, which was also a Christmas record. Titled Christmas Together, it topped the country chart and reached the seventh spot on the all-genre albums chart.

Yearwood and Brooks were two of the main artists leading the charge during the 2016 Christmas season. The two performed together at the lighting of the Rockefeller Christmas tree in New York City, and also took part in the Disney Christmas Celebration.

In addition to all of that, Yearwood performed at the CMA Country Christmas special. So it was no surprise when she returned to take part in the special yet again!

Yearwood sang not one, but two songs on CMA Country Christmas this year. The first was “Santa Baby,” which allowed Yearwood to show off her playful side.

The second song Yearwood brought to the stage was “Hard Candy Christmas,” which originated from the musical The Best Little Whorehouse in Texas. Country music shares a direct connect to the musical, since Dolly Parton starred in the film version of it.

We’d say that the two songs Yearwood picked were quite fitting for the occasion! Check out her performance of “Santa Baby” in the video below!