Trisha Yearwood Recalls One Of Her Worst Baking Mistakes

By Miranda Raye on December 14, 2017
Advertisement 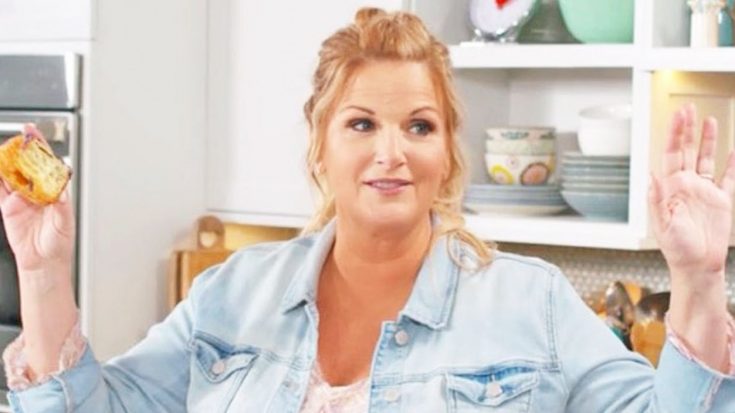 For some, cooking and baking can be intimidating tasks. The fear of messing something up weighs heavy on people far and wide, and discourages many from attempting any recipes that may seem complicated.

If you’re one of those people who draws away from firing up an oven for fear of burning the kitchen, you should know that even professional cooks make mistakes at times. This is something that Trisha Yearwood openly admitted during a media event that was covered by Sounds Like Nashville.

For those of you who don’t know, in addition to being a Grammy-winning country singer, Yearwood is also a cook. She has published three cookbooks and has served as the host of her own cooking show, Trisha’s Southern Kitchen, since 2012.

While everything that Yearwood fixes on her cooking show comes out looking perfect, she confessed that she has made some major mistakes in the kitchen before. She recalled one of her worst kitchen disasters, which inconveniently happened on Thanksgiving, of all days!

“I make pecan pie every single Thanksgiving. It’s got like four ingredients! How can you screw that up, right?” she remarked.

Yearwood somehow found a way to mess up the recipe, even though she had made it countless times before. She explained that she had to melt a stick of butter to put in the pie, so she warmed it up in the microwave to get it just right.

However, Yearwood completely forgot that the butter was in the microwave, and proceeded to make the pie without it. She even put it in the oven and everything!

Yearwood said she didn’t notice that anything was wrong with the pie at first, and noted how beautiful it looked. “It looks gorgeous,” she said, “like the pecans I put on top didn’t even sink down in it. It’s like, ‘This is one of the most gorgeous pies I’ve ever made.’”

She finally realized that something wasn’t quite right when she started to serve the pie. As she cut it into slices, she noticed that it didn’t feel or look like it should. When she tasted it, she thought it tasted more like a praline bar than pecan pie.

Then it clicked for her…she had left the butter in the microwave and never put it in the pie!  Even though her pie didn’t turn out like she had planned, she still managed to make the best of the situation.

“When I realized that, I brought the butter out, and we named it Bob Bowl ‘O’ Butter, and we had melted butter to dip our biscuits in at Thanksgiving,” she said.

Hey, having a bowl full of melted butter sounds like a good compromise for a ruined pie!

Luckily for Yearwood, she can edit out any cooking disasters before she airs episodes of Trisha’s Southern Kitchen. Watch Trisha and Garth talk about their Thanksgiving traditions below.

What about you…have you ever made a crazy mistake in the kitchen? How did you deal with it? Let us know in the comments!