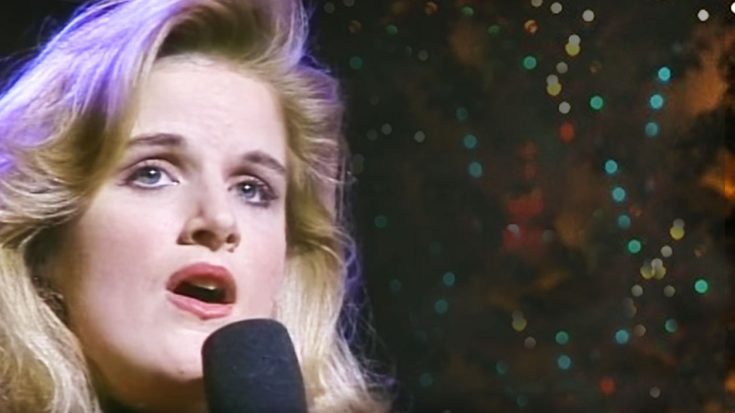 There wasn’t a dry eye in sight after this country music icon finished this classic Christmas song during her early 90s holiday performance.

Known for her beautiful vocals and dazzling country hits, Trisha Yearwood released her very first Christmas album in 1994 featuring a mix of both classic and new holiday tracks that captured the hearts of fans everywhere.

It was for this album that Yearwood covered a 1934 Christmas song written as a beautiful tribute to honor Jesus during the celebration of his birth.

The song, “Sweet Little Jesus Boy”, is a classic tune filled with nostalgia of times past and powerful references to the Nativity. Over the years a seemingly endless number of singers have covered this hit originally penned by Robert MacGimsey.

Watch Yearwood sing her heart and soul out in this unforgettable Christmas performance below, but be sure to keep the tissues handy!