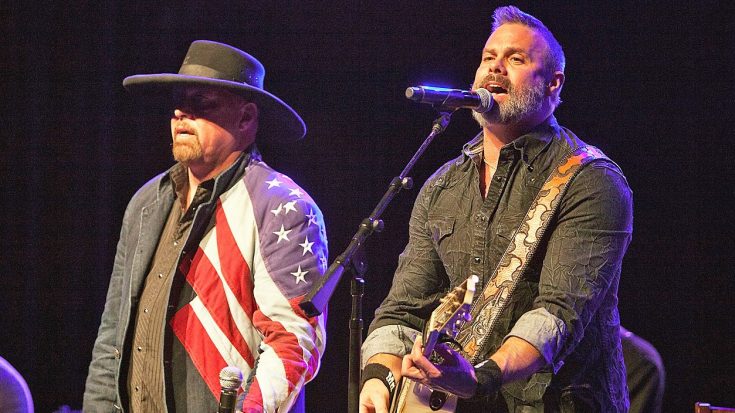 Following Troy Gentry‘s tragic death on September 8, the country community mourned the loss of an incredible artist and friend. While Gentry may be gone, his legacy continues to live on in the music he created along with his best friend Eddie Montgomery in their duo Montgomery Gentry.

In the days since Gentry’s death, his fans have found great comfort in listening to Montgomery Gentry’s old songs. Now, they have one more track to remember him by.

Once Gentry passed away, it was reported that Montgomery Gentry had recently finished a new album, but no release date had been set. Now that Gentry is gone, it is unclear whether or not the album will ever be released in full.

But fans did get to hear a little taste of the record when SiriusXM The Highway previewed a new Montgomery Gentry song titled, “Better Me” on Wednesday (September 13). The song played in full at the conclusion of Gentry’s celebration of life service at the Grand Ole Opry in Nashville on Thursday (September 14).

The song was made available to the public on Friday (September 15), and is sure to touch all who loved Gentry. He is featured as the lead vocalist on the track, which makes the song extra special, since Montgomery typically sang lead on most of their other songs.

While Montgomery Gentry is known for their energetic, Southern rock-infused tracks, they’ve also recorded their fair share of emotional tunes. “Better Me” fits into the latter category, as Gentry sings about working on becoming a better person.

You can listen to “Better Me” by clicking on the clip below. Our prayers remain with Gentry’s family, friends, fans, and all who loved him.