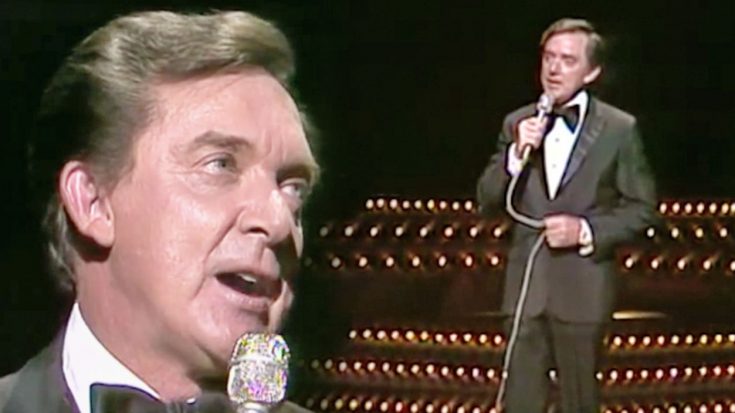 He began writing the track in 1968 when he was driving from Nashville to the Gulf of Mexico. Many people have covered this song over the years, but none as memorable as Price. He recorded his version in 1970 and it went straight to No. 1. It became Price’s fifth number one single, and won him the ACM Award for Song of the Year.

Price is every bit of class when he performed “For The Food Times” live. Wearing a black tuxedo, he stands at the bottom of the lit up stairs and sings the lyrics about getting together with an ex one last time before saying goodbye for good.

“Lay your head upon my pillow
Hold your warm and tender body close to mine
Hear the whisper of the raindrops
Blowing soft against the window
And make believe you love me
One more time for the good times,” he sings in the chorus.