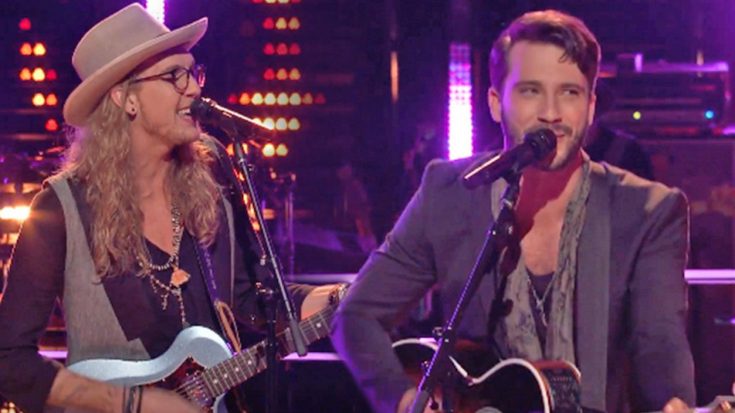 One of the hardest parts of being a coach on The Voice is having to decide who wins the Battle Rounds. After making it through the blind auditions, the singers on each team are paired up with another teammate to “battle.”

In the Battle Rounds, the two singers duet to a well-known song and their coach has to choose who advances to the next round of competition.

In this special sneak peek of a Battle Round that will surely get the people talking, Team Blake’s Mitchell Lee, who won over his coach with his incredible rendition of Hootie and the Blowfish’s “Hold My Hand,” and Dennis Drummond, who auditioned with The Black Crowes’ “She Talks To Angels,” wowed with a soulful and harmonious performance of The Counting Crows’ “Mr. Jones.”

Each singer put a unique spin on the song because their voices are so different, but when they were singing the chorus together, it was perfect harmony. Shelton has an impossible decision to make because if we were in his shoes, we honestly don’t know what we’d do!

The battle was a sneak peek on The Voice‘s YouTube channel, so their performance will likely air on Tuesday’s (Oct. 17) episode. If you were in Shelton’s shoes, who would you choose? Let us know in the comments. Watch their battle below.