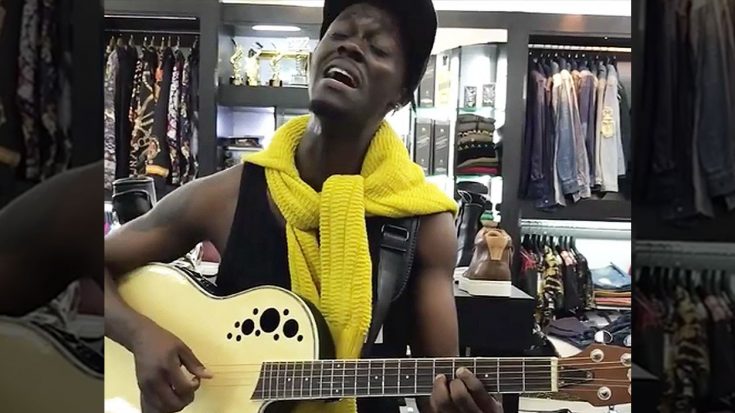 A Martina McBride ballad was given a jaw-dropping twist when one performer took an entirely new spin on the heartfelt serenade. Kojjo Derrick of Kampala, Uganda had viewers at the edge of their seats when he began his stunning rendition of McBride’s doting song, “Valentine”.

Sitting in a quiet clothing store, Derrick played his own instrumentals as he sweetly revamped the song’s heartwarming lyrics. “I’d still feel for you/ And even if the sun refused to shine/ Even if romance ran out of rhyme/ You would still have my heart/ Until the end of time/ You’re all I need, my love, my valentine,” he sang with a striking new approach.

“I dedicate this song to all true lovers,” Derrick captioned his upload. Fans were speechless upon hearing the young talent’s stunning rendition, continuously praising the emotional performance.

“Valentine” was originally sung by Jim Brickman, recruiting McBride for backup vocals on his original recording. However, McBride later cut her own performance of the song, releasing it on her 1997 album Evolution.

You can experience Derrick’s mesmerizing cover below.