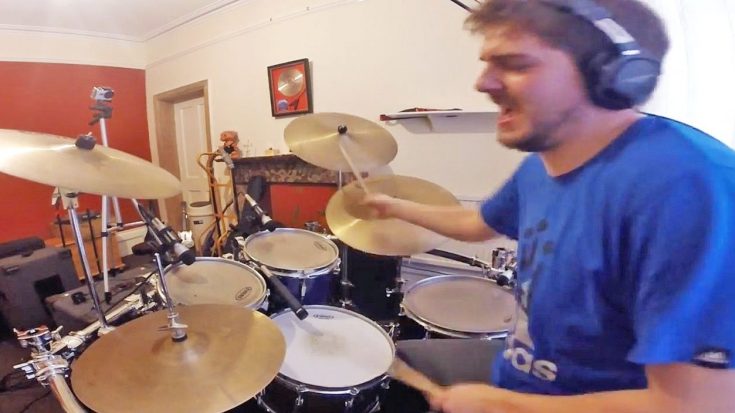 If you’re a drummer, then you know there are few songs out there that are more fun to play than Lynyrd Skynyrd‘s “Sweet Home Alabama.” The song’s upbeat tempo and fun rhytmn makes it a blast to jam out to, as one UK rocker knows well.

Since joining YouTube in 2012, Drummer Dan has filled the internet with his impressive drum covers. His gear consists of Gretsch Drums, Pearl Drums, Dream Cymbals, Bosphorus Cymbals, and a DW Pedal. Every week, he hits that drum set to deliver rockin’ covers, which he then shares online.

You can expect to see new videos from Drummer Dan every Sunday. You can also expect to hear him cover a wide range of artists, as he’s covered everything from “We Will Rock You” by Queen to “Come as You Are” by Nirvana.

Proving that Southern rock really is worldwide, Drummer Dan has also covered Skynyrd’s “Sweet Home Alabama.” After praising the group in the description to his video, he wrote that “Sweet Home Alabama” is one of his favorite songs to play with his own band.

Drummer Dan’s enthusiasm for “Sweet Home Alabama” shows through in his drum cover. He hits that first beat with gusto and keeps the drive going throughout the entire jam session.

It’s one thing to be enthusiastic about what you play. It’s another thing entirely to be good at what you play. In Drummer Dan’s case, he has both the passion and talent to be able to pull off a successful “Sweet Home Alabama” cover.

Check out the video below to watch Drummer Dan tear up this Skynyrd classic! If you like what you hear, be sure to head to his YouTube channel to check out his other videos.