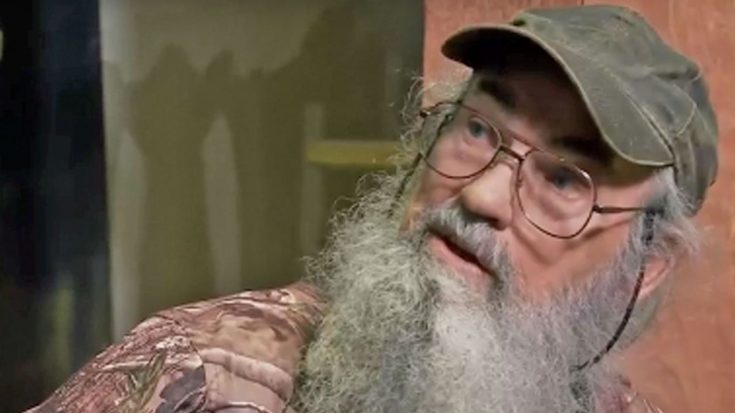 Fans were stunned when the Duck Dynasty cast announced that the current eleventh season would be their last.

Fortunately, this season is going to be extra long, with episodes running until April, and there is a brand new Duck Dynasty spin off show called Going Si-Ral. It features crazy Uncle Si and his nephew, Willie Robertson, as they figure out what happens on the “inter webs” and commentate on hilarious, viral videos.

During the opening segment of Going Si-Ral, Willie walks in on Si writing a new song, which he wants to be his theme song.

The lyrics hilariously talk about his new show about the Internet, even though he doesn’t really know what the Internet is! Willie doesn’t think it’s a great idea, but Si disagrees! The opening credits roll and his song is actually pretty catchy!

Watch the opening and listen to the theme song below.

Uncle Si broke the internet with the season premiere of his new show #GoingSiral. Join your internet tour guide and his co-host, Willie Robertson, and check out the full episode now!