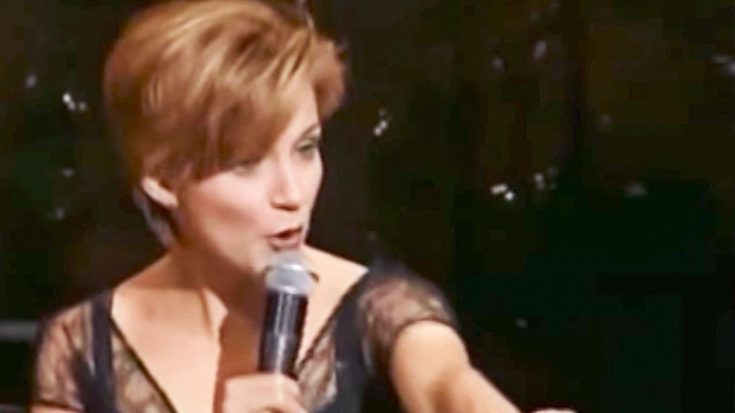 It didn’t take long at all for Martina McBride to establish herself as a powerful force in the country music world. Her first single, “The Time Has Come,” reached the Top 25 on the country chart, peaking at the 23rd spot. Three years later, she managed to secure her first number one hit with her 1995 single “Wild Angels.”

Several other chart-topping hits followed after that, including “A Broken Wing,” “Blessed,” and “Wrong Again.” With the number one hits also came awards and nominations, including four CMA Awards for Female Vocalist of the Year and an endless list of Grammy nominations.

Looking back on footage from McBride’s early days, it comes as no surprise why she was able to establish herself as a country superstar. We once stumbled across an old video of her performing a classic country staple, and it proves exactly why her talent is held in such high regard.

This undated footage comes from one of McBride’s many performances at the Grand Ole Opry. She decided to include an old country favorite in her set that day…Bill Monroe‘s “Blue Moon of Kentucky.”

McBride has never recorded “Blue Moon of Kentucky,” but after watching her throwback Opry performance, we think she should. She hit the stage with a burst of energy, and kept that excitement going throughout her performance of the song.

The song also gave McBride the chance to show off her impressive range, which is what she is well-known for today. Overall, there’s plenty of things to love about this dazzling performance from McBride!

Take a stroll down memory lane as you tune in to McBride’s performance of “Blue Moon of Kentucky” below. This is country music at its best!