Unexpected Reason ‘Voice’ Contestant Knew Blake Shelton From The Past 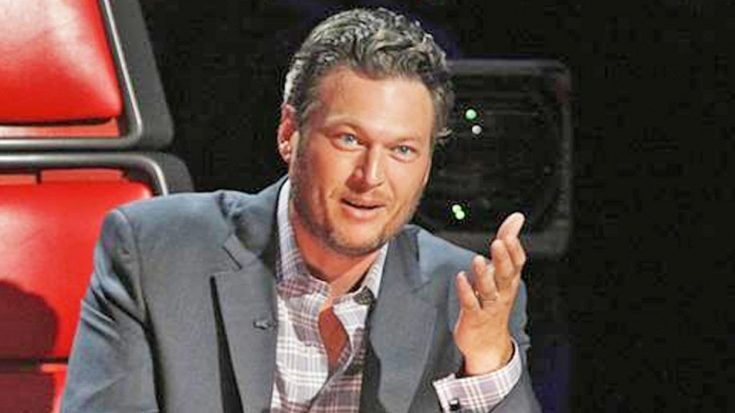 Rock singer Johnny Gates blew The Voice coaches away with his cover of Rod Stewart’s iconic song “Maggie May” during the show’s Blind Auditions.

He had to choose between Alicia Keys, Blake Shelton, and Gwen Stefani, but ultimately chose Stefani due to her rock background. He went on to win his Battle Rounds performance of the often covered song “I Drove All Night”, but his time on The Voice was cut short during the Knockout Rounds.

Entertainment Tonight sat down with him after he was eliminated to talk about his love life, and his unexpected history with Shelton.

Turns out, Gates lived in Nashville for several years and was signed to the same record label as Shelton. Each year, they would take a group photo of everyone on the label and in one photo, Shelton is standing front and center with Gates in the back. Gates and Shelton are circled in the photo above, but you may recognize a few more faces. Jason Mraz, Brett Eldredge, Shay Mooney from Dan + Shay, Hunter Hayes, Cole Swindell, William Michael Morgan, and Frankie Ballard are also in the group photo.

In another, Shelton actually has his arm around Gates! Turns out, Gates has yet to show Shelton these photos, but since he was on Stefani’s team, we’re sure they will make his way to the country superstar sooner or later! Country legend Randy Travis is in this one, as well as Brett Eldredge and a few others!

Check out Gates talking about the photos below.