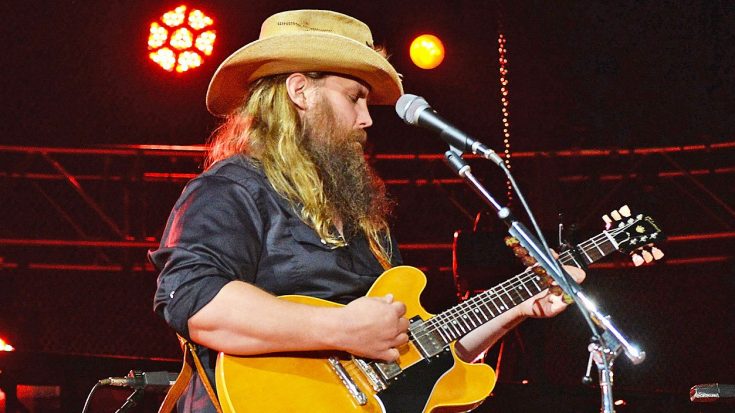 When Chris Stapleton released his latest album, From a Room: Volume 1, one track stood out right away. That track was “Broken Halos,” which Stapleton eventually released as the second single off of the album.

Co-written by Stapleton and Mike Henderson, “Broken Halos” has its roots in tragedy. As Stapleton revealed when he debuted the song at the Country Radio Seminar in 2017, he recorded it the day after one of his friends passed away after a battle with cancer.

Stapleton also said that in whole, the song was inspired by “people who have passed away before their time.” It’s a song and a message that speaks to many, and audiences were quickly able to connect to the track. As a result, it ended up reaching the 13th spot on the Billboard Hot Country Songs chart.

Following the shooting that took place in Las Vegas on October 1, in which 58 people were killed and hundreds were injured, the country community poured out their hearts through song. Some released entirely new pieces, such as Maren Morris and Vince Gill‘s “Dear Hate” and Eric Church‘s “Why Not Me.”

Others have honored the victims by singing Tom Petty covers, since he passed away not long after the shooting. Then there are artists who have performed some of their own emotional songs in tribute to the lives lost, and that’s exactly what Stapleton did on Friday night (October 13) during his show in Nashville.

“You guys know it’s been a pretty tough week and a half for some of the people out in Las Vegas,” Stapleton said as he addressed the crowd. “I wanted to play this for them.”

Joined by his wife Morgane, who sang harmony, Stapleton eased into a passionate performance of “Broken Halos” in honor of all who lost their lives in the Vegas shooting. Words can’t begin to describe how impactful his performance was. All you have to do is listen to the first few notes to feel a knot in your gut and tears in your eyes.

Tune in below to watch part of Stapleton’s “Broken Halos” performance in honor of all who lost their lives in Las Vegas. It has to be one of the best tributes we’ve seen so far.

If you’d like to do your part to help Vegas in the wake of the shooting, you can do so by donating to the Las Vegas Victims’ fund. This verified GoFundMe fundraiser has been set up to assist the victims and families affected by the shooting.

You can donate to the Las Vegas Victims’ Fund by clicking here.