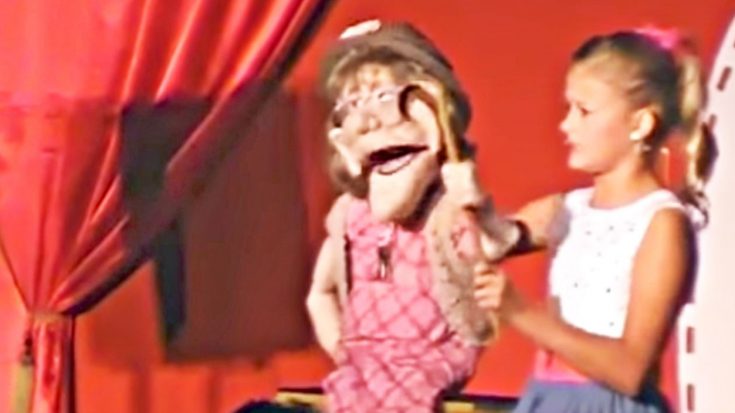 Before she would be crowned the newest champion of America’s Got Talent, this incredibly talented youngster was performing for small crowds at various local variety shows in her home state of Oklahoma.

Darci Lynne Farmer is truly one of the most talented young ladies to appear on television and she has been practicing her hysterical ventriloquist act for some time now!

During this wonderful performance, she brought out one of her best puppet characters, Edna Doorknocker – a naughty old lady with a history of losing her teeth. It’s clear that this young entertainer is going places, and there is no doubt about why she took home the trophy this season!

Darci Lynne is a self-taught ventriloquist and began to practice her craft after meeting a ventriloquist at a pageant that gave out scholarships to young ladies. She began to learn ventriloquism by practicing her ABC’s without moving her lips.

Now, she has a full-blown routine that involves a set of five different characters. Beyond just performing a comedy routine through ventriloquism, she also is able to sing well while “throwing” her voice.

Watch this early clip of young Darci Lynne Farmer performing for an audience at the Oklahoma Vaudeville.