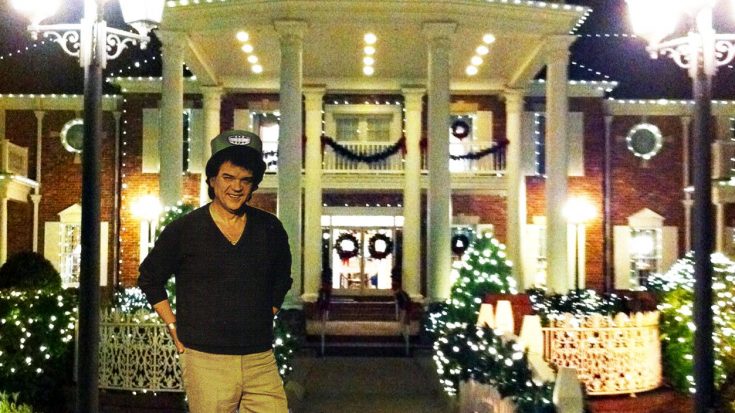 Known worldwide for his incredible music, this famous legend was also known for a magical complex in Tennessee called “Twitty City”.

Twitty City was not only home to beloved country legend, Conway Twitty, but also one of the most famous attractions in Hendersonville, Tennessee – especially during the holidays!

Conway Twitty built his Hendersonville in 1981, and completed the construction of the full complex just in time to open in 1982. For years, Twitty City drew an immense crowd of both locals and tourists and quickly became known for its spectacular Christmas light presentation.

In the video below, a local television station shows off the extravagant decorations from Christmas at Twitty City while featuring some of his favorite holiday songs – sung by the legend himself!

“Sometimes we have 10,000 people a night come through here,” Twitty tells the reporter. “That’s a lot of folks. But that’s good! It’s a good common denominator for people to rally around!”

Throughout the video, scenes of hordes of children swarming the grounds are flashed across the screen before Twitty himself joins the children on his newest addition, ‘Santa’s North Pole Express’ which was a train that traveled around the grounds.

Watch this rare glimpse at what once was a beacon of Christmas and country music culture!