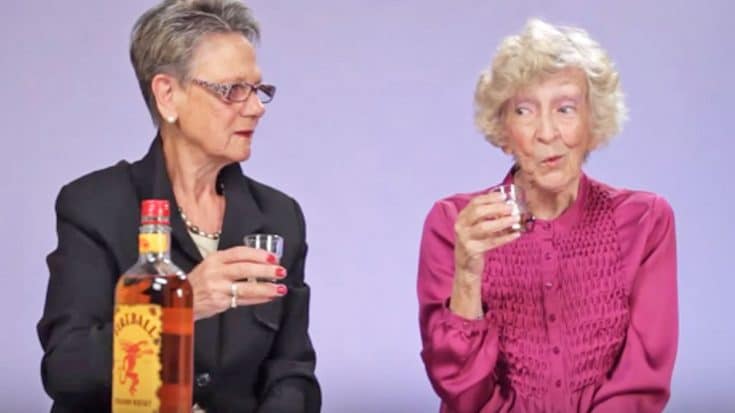 For these four Grandmas, a crazy night involves a small glass of wine and going to bed early. But they were in for a real treat when they were asked to try a kick-butt liquor that has gained mass popularity in the past few years.

The grandmas describe what they used to drink when they were younger. Their favorite adult beverages ranged from scotch and water to a vodka martini, to red wine, to vodka tonic!

Now, they are challenged to try Fireball, a cinnamon whiskey.

They read the label out loud saying, “Ignite the night. A fiery kick of red hot cinnamon. Tastes like heaven, burns like hell. What happens next is up to you.”

One granny said, “I like cinnamon, but I don’t know about the ‘burn like hell’ part!” They all seem skeptical, and for good reason!

They each pour themselves a small glass, smell it first, and take the plunge!

“That’ll warm your belly, for sure! It actually tastes very nice.”

One Grandma couldn’t even use words to describe it!

She also finished her critique with, “I think we have to go out and dance now!”