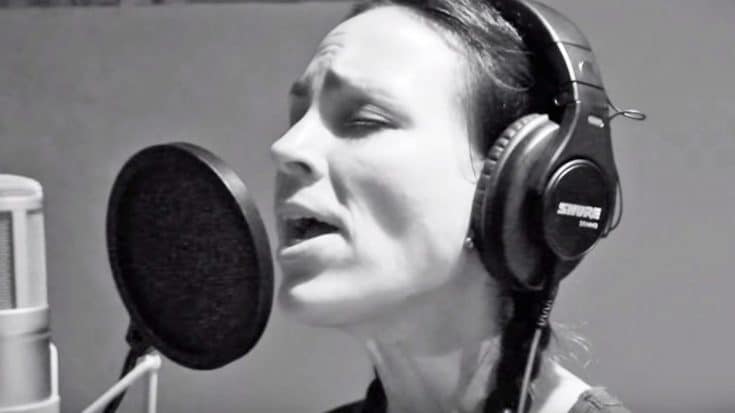 Joey+Rory always relied on their faith to help carry them through tough times. That same faith helped Rory cope with Joey’s passing in March 2016.

Before Joey passed away, she and Rory recorded many gospel and spiritual songs. One of those songs was their own rendition of the traditional Christian hymn “Amazing Grace,” which they released in 2013.

Due to the song’s popularity, it has been recorded by hundreds of notable artists, including Johnny Cash, Elvis Presley, and Willie Nelson.

Joey is the only one who sings in Joey+Rory’s version of the song. The official music video their recording is simple, shot in black and white and oftentimes zooming in on Joey’s face as she sings.

Joey kept her eyes closed throughout the majority of the performance, clearly feeling the power of every word she sang. Her voice was nothing short of angelic.

During a November 2015 interview with The Tennessean, Joey said she thinks her music has been her greatest contribution to the world:

“God decided for me that my job of singing for people down here is my legacy, and he needs me singing up there. That’s how I look at it,” she said.

Now, her legacy lives on through the music she left behind. Listen to Joey’s heavenly rendition of “Amazing Grace” in the video below.