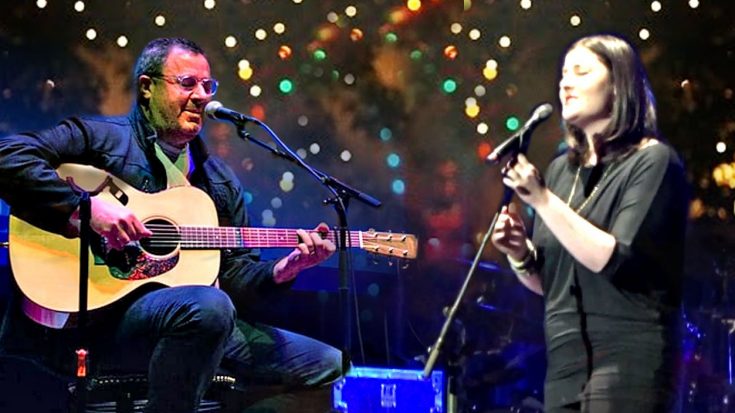 Their rare performance was captured on video as this country legend and his beautiful daughter sang an amazing rendition of the Christmas classic “Let There Be Peace on Earth”.

Originally made famous by Vince Gill himself, this unbelievable duet between a loving father and his tremendously talented daughter will surely blow you away!

Gill and his eldest daughter, Jenny Gill teamed up during a 2010 Christmas concert in Durham, North Carolina that also featured his endlessly talented wife, Amy Grant.

These two took to the stage, dressed to the nines, and donning huge smiles before they revealed to the unsuspecting audience that they would be singing a two-part rendition of this famous country Christmas song.

As they move through each verse, you can see the emotion wash across Vince’s face when he looks lovingly upon his daughter just weeks after he walked her down the aisle!

With these two vocal powerhouses singing this beloved tune, it won’t be a surprise if you get emotional watching it!

Check out Jenny & Vince Gill’s beautiful rendition of “Let There Be Peace on Earth” in the video below!