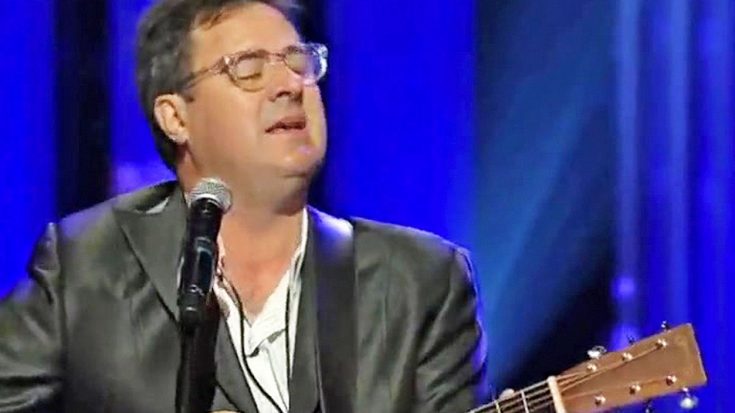 Perhaps one of the most devastating country songs, “Go Rest High” is an emotional masterpiece written by legend Vince Gill after the death of his older brother, Bob. The song not only bares the crippling emotions experienced upon losing a loved one, but the seemingly intangible stage of acceptance in which you make peace with the loss. Gill won 1996 CMA Song of The Year with this ballad, and even snagged multiple Grammy awards, as well.

While Gill gave an exceptionally moving performance at the funeral of the country legend George Jones, he also gave a heartbreaking performance of the song upon the death oo Hoot Hester. Hester was a longtime band member at The Grand Ole Opry, in addition to being known for his sensational fiddle playing and musical talent.

Gill was joined onstage by The Time Jumpers, a swing band that Hester helped assemble. The audience wept as Gill and the band members paid a heartbreaking tribute to the incredible man who played a key role in keeping the music alive. Hester passed away in August of 2016 after a battle with cancer. He was 65.

Listen to their tribute below.