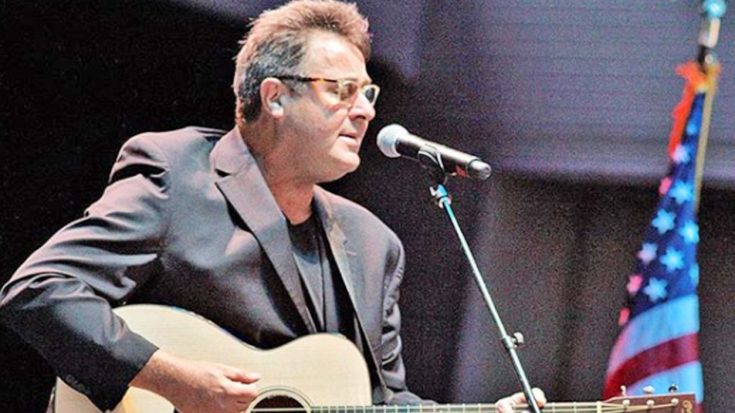 The world was rocked on Sunday, October 1st when a gunman opened fire on thousands of country music fans at the Route 91 Harvest Festival in Las Vegas, Nevada.

Jason Aldean was performing his set at the outdoor venue when the shots began coming from the man’s 32nd floor hotel room at the Mandalay Bay. As of press time, a total of 59 lives were lost, with over 500 more injured, sadly becoming the deadliest mass shooting in modern U.S. history.

Country music has always been a community, which is why it makes the genre so unique. At any concert, you can make friends extremely easily, and it’s because we all share the same love for country music.

For country music fans, and artists, this attack hit very close to home, which is why Nashville’s Mayor Meghan Berry along with CMA CEO Sarah Trahern and Nashville Convention and Visitors Corp’s Butch Sprydon put together a vigil at Ascend Ampitheater in Music City.

Vince Gill was one of the country singers who came to pay his respects and perform in honor of the victims. Singing a somber rendition of “Amazing Grace,” you can hear the pain in his voice. By the end of the chorus, most of the crowd was singing along.

In the wake of tragedy, country music is coming together to help the healing process. During the vigil, Keith Urban said it best, “When there are no words, music speaks.”

Tonight, Music City came together to show love for all of those affected by the tragedy in Las Vegas. ♥️ @vincegillofficial