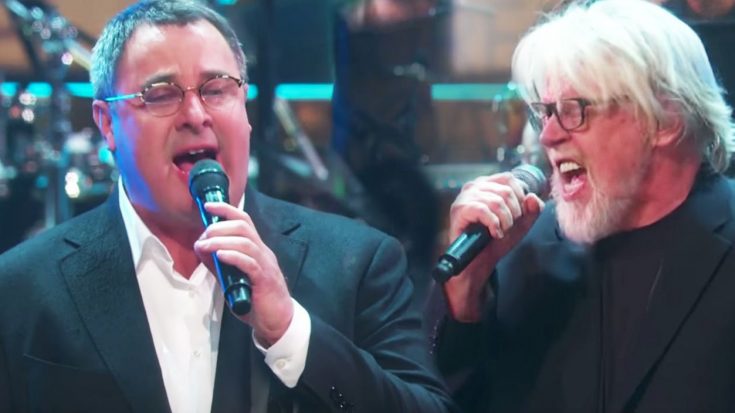 In one of the most impressive renditions of “Life In The Fast Lane” you’ll ever hear, country legend Vince Gill joins forces with some of the biggest names in rock music for a tribute to the Eagles that will leave you stunned!

Normally known for his smooth and powerful country classics, Gill shows off a side of himself not many have seen before!

Teaming up with icons like Ringo Starr, Bob Seger, Steve Vai, and Kings of Leon, this group of endlessly talented singers stun the audience during the 39th annual Kennedy Center Honors in which the Eagles were being honored after postponing their appearance for a year.

Gill’s gritty side shows in this unforgettable performance dedicated to musical group that has helped shape all aspects of modern music.

The Eagles were supposed to receive the honor in 2015, but it was suspended following some health issues with member Glenn Frey. Tragically, Frey passed away in January 2016 from complications related to his health struggle.

This group of musicians really lit up the night with this performance!

Watch the full video below and prepare to be blown away!