By Jennifer Pernicano on January 29, 2018
Advertisement 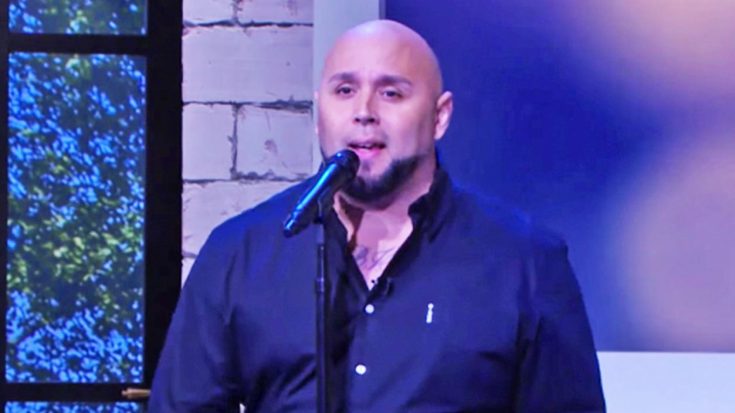 Every year, and possibly every month, there is a different viral sensation that takes over the Internet. Usually, the videos lose their traction, but one video has stayed relevant for a very long time. The video is of a man, who people have named “Tennessee Whiskey Dad,” singing the Chris Stapleton version of – you guessed it – “Tennessee Whiskey.”

His name is Kris Jones and taking full advantage of his newfound fame, he began releasing videos of him singing other country and Southern Rock songs, proving that he isn’t a one trick pony. Jones has sung everything from George Strait to Lynyrd Skynyrd to Keith Urban and everything in between.

Jones has appeared on The Ellen Show, surprised fans at their wedding, and made his debut on Nashville-based talk show Pickler & Ben, co-hosted by country singer Kellie Pickler and journalist Ben Aaron.

Pickler and Aaron interviewed Jones’ daughter Dayla – who filmed the original viral video – and she told them she only filmed it because her friends wanted to show their parents how good a singer Jones is! Dayla came home to show her mom, who uploaded it to Facebook for family and friends to see and it completely took off!

Dayla introduced her father to the live studio audience, and he followed by delivering a swoon-worthy rendition of “Tennessee Whiskey,” the song that put him on the map.

After every impressive riff, the women in the audience would cheer for the singer and the camera would cut to Pickler, who was singing along the entire time and giving Jones her nod of approval.