‘Voice’ Finalist Loses It All After Puzzling Bonnie Raitt Cover 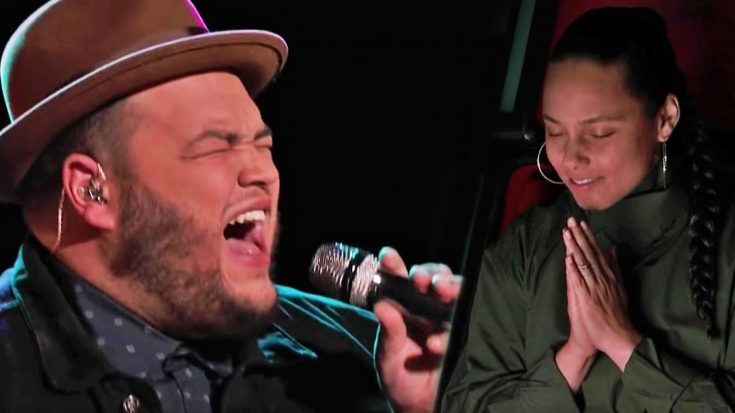 He was voted off the island, so to speak, after his odd take on this classic hit from Bonnie Raitt’s impressive career.

One of the few remaining finalists on Alicia Keys‘ team, Christian Cuevas had been one of the strong leaders for most of the former competitions, but in this most recent episode, he found himself at the bottom of the list – and had to sing for his chance to stay on the show.

Cuevas was required to perform along with other contestants in the bottom positions of the competition and it was up to American viewers to choose wether or not he would get an “instant save”.

Taking a page from one of the most beloved blues-rock hits ever issued, Cuevas chose Bonnie Raitt‘s timeless classic, “I Can’t Make You Love Me” – a song that has been so iconic that superstar artists from nearly every genre of music have covered it!

The arrangement and version that Cuevas sang, however, was such a shocking departure from anything fans have ever heard that he likely lost out on the votes from those that were watching.

He’s obviously insanely talented and has proven himself time and time again on this season of The Voice, but this was probably not the best song choice for himself and didn’t showcase his stunning abilities enough to keep him on the show.

Watch the full performance from Christian Cuevas in the video below and let us know what you think of his performance in the comments.