By Miranda Raye on March 19, 2018
Advertisement 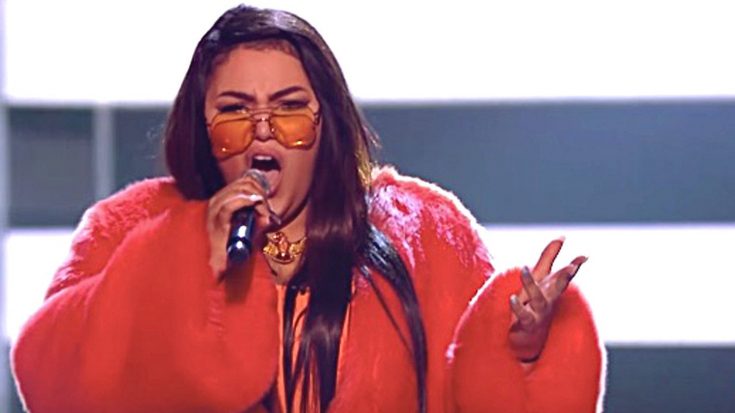 Out of all of the songs that Dolly Parton has ever recorded, none have been covered more than “Jolene.” The song is also a popular choice for contestants on shows such as The Voice. If they perform it well, they earn overwhelming praise from the country music community.

With a song that’s been covered as much as “Jolene,” you can’t blame these contestants for occasionally wanting to add their own twist to the song. But one contestant on The Voice UK changed the song so much, she sparked backlash.

For her knockout round, 18-year-old Tai Bantick decided to give “Jolene” an unusual spin. Instead of singing it as a country track, Bantick changed it up to have a distinct Caribbean vibe.

“Obviously I wanted to do something that everyone knows but I can put my own stamp on it,” Bantick said. “I’m not just here to sing songs, I’m here to be an artist.”

While her performance wasn’t bad by any means (she actually moved on to the semifinals), the change to the song was so drastic that viewers were less than pleased. Many flocked to Twitter to express their outrage and bewilderment.

Some viewers directly called out Bantick’s coach, will.i.am, for choosing to keep Bantick over his other team members who competed in the knockouts.

One viewer pointed out how enjoyable Bantick’s audition was a few weeks ago. However, it was clear that her “Jolene” performance didn’t go over as well.

I liked Tai in the auditions but she really ruined Jolene, like that was awful. ???? #TheVoiceUK x

A number of those who complained about the performance offered their apologies to Parton for Bantick’s performance. “Dear Dolly, We are sorry,” wrote one viewer.

Another offered a more in-depth apology, writing, “Dolly Parton we are very sorry about that.”

#thevoiceuk omg that was dreadful. Dolly Parton we are very sorry about that. And that faux accent is vile.

Now it’s time for you to see what all of the fuss is about. Check out Bantick’s performance of “Jolene” below and let us know what you think of it. Are you a fan of the twist she gave to the song?