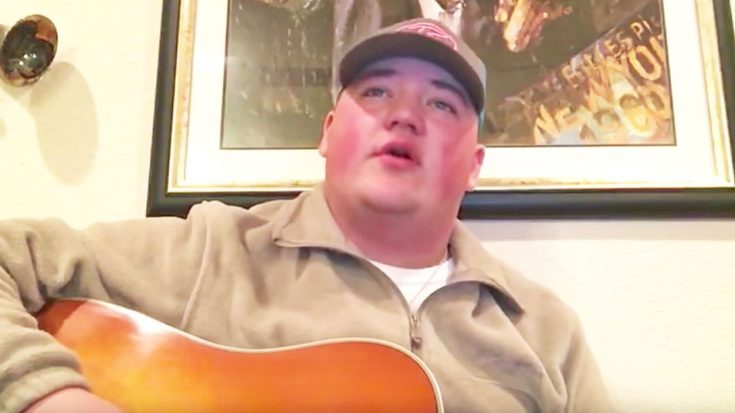 During his time on The Voice, Blake Shelton has managed to bring more contestants to the winning spot than any other coach. He has also helped lead many others into the finale, and several of his teammates have scored the runner-up spot in the past.

One of those teammates was Jake Worthington, who competed on Season 6 of The Voice. His versions of country hits such as Keith Whitley‘s “Don’t Close Your Eyes” and Waylon Jennings‘ “Good Ol’ Boys” made him a fan-favorite from the start. Therefore, it wasn’t much of a surprise when Worthington finished his time on the show as his season’s runner-up.

Worthington kept busy after he finished The Voice, and released his debut EP in 2015. His second EP, Hell of a Highway, was released in 2017, and it debuted in the Top 10 on the iTunes Country Albums chart.

In addition to singing his own material, Worthington has also continued to do a few covers of older country tunes. During July 2016, Worthington shared a video of himself singing one of Randy Travis‘ most beloved songs, “Three Wooden Crosses.”

Since “Three Wooden Crosses” is so emotional, it’s not an easy song to sing. Whoever performs the song has to make sure they maintain that emotional connection, otherwise all of the power in the song is lost.

When it comes to Worthington, he had absolutely no trouble expressing the deep emotions behind every word in the song. That’s the main reason why his cover carries so much meaning, because you can tell that he was fully invested in his performance.

Other than all of that, just the sound of Worthington’s voice is reason enough to listen to his cover. His voice is as traditionally country as it gets, while still being entirely unique.

You’ll have to watch Worthington’s cover yourself in order to understand exactly what we mean. Check it out in the video below.

He sure made Travis proud with this one, don’t y’all think?